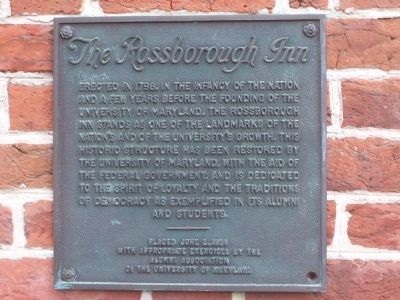 Erected 1939 by Alumni Association of the University of Maryland. 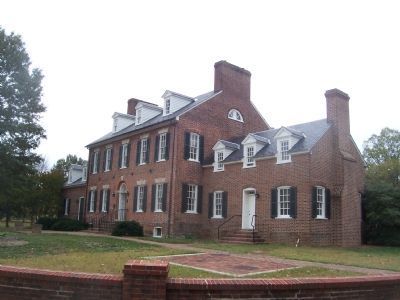 Regarding The Rossborough Inn. The Rossborough Inn was built between 1798 and 1812, its construction completed by speculator John Ross. It served as a traveler's rest on the turnpike between Baltimore and Washington D.C.; but by 1835 the inn had become a farmhouse and barn on land owned by Charles Benedict Calvert. In 1858, Calvert donated 420 acres of his Riversdale Plantation, including the farmhouse, to help found what was then called the Maryland Agricultural College. Calvert served as the first president of its Board of Regents, and is considered the father of the university. He died in 1864 at age 56.

The Rossborough Inn was a private 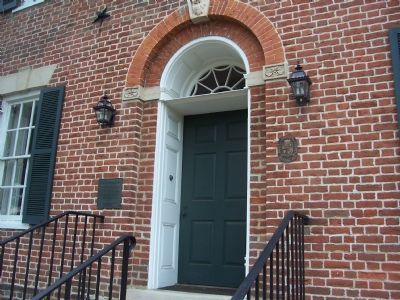 By Richard E. Miller, October 2007
3. Rossborough Inn - Prince George's County Historic Landmark
faculty residence in July of 1864 when the campus was briefly occupied by a Confederate cavalry brigade led by Gen. Bradley T. Johnson. The general made the home his headquarters for several hours, and tradition holds that he and his men were warmly welcomed by local Confederate sympathizers. The building has served a variety of functions for the university in recent years. 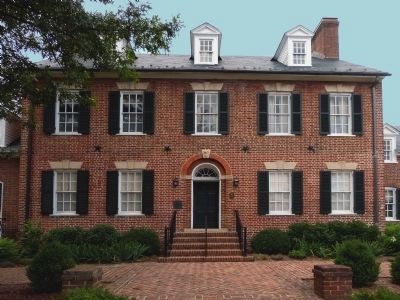 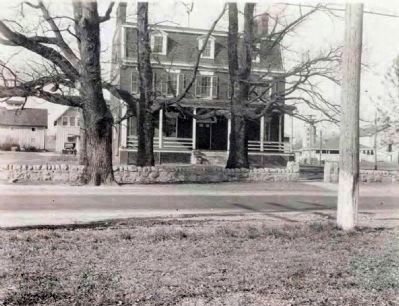 By William Kellerman
5. The Rossborough Inn, 1926
Front view showing English elms and dairy barns of the University of Maryland to right where original stables stood.
From Kellerman's History and Construction of the Rossburg Inn, 1926 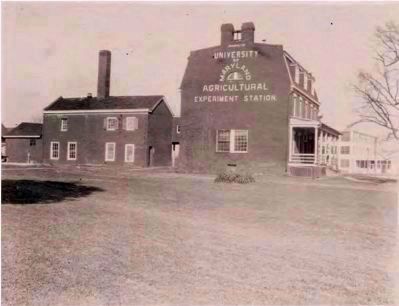 By William Kellerman
6. The Rossborough Inn, 1926
South view showing rear building used for kitchen and well to left.
From Kellerman's History and Construction of the Rossburg Inn, 1926
The mansard roof was added in 1888 and removed again in 1938 when the WPA renovated the old inn. 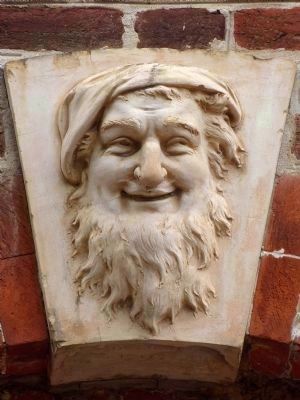 By Allen C. Browne, July 28, 2013
7. Head of Silenus
Above the door arch at the Rossborough Inn
Silenus was the tutor of Dionysus. He philosophized that it is best for a man not to be born, but once born, it is best to die as soon as possible. 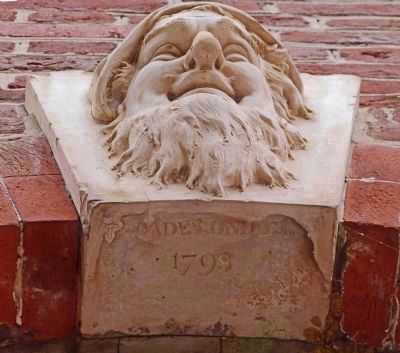 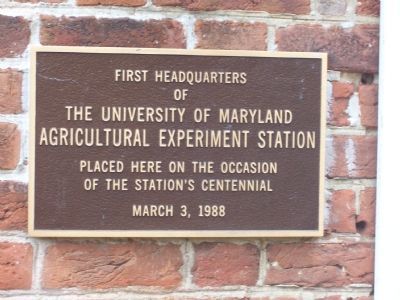