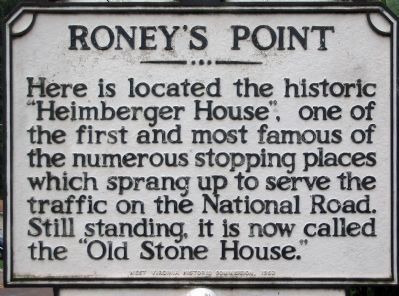 Photographed By Allen C. Browne, August 31, 2005
1. Roney’s Point Marker
Inscription.
Roney’s Point. . , Here is located the historic “Heimberger House,” one of the first and most famous of the numerous stopping places which sprang up to server the traffic on the National Road. Still standing, it is now called the “Old Stone House.” . This historical marker was erected in 1953 by West Virginia Historic Commission. It is Near Valley Grove in Ohio County West Virginia

Here is located the historic “Heimberger House,” one of the first and most famous of the numerous stopping places which sprang up to server the traffic on the National Road. Still standing, it is now called the “Old Stone House.”

Topics and series. This historical marker is listed in these topic lists: Notable Buildings • Roads & Vehicles. In addition, it is included in the The Historic National Road, and the West Virginia Archives and History series lists.

Other nearby markers. At least 8 other markers are within 4 miles of this marker, measured as the crow flies. Triadelphia (approx. 2.1 miles away); Ray’s Arithmetic (approx. 3.3 miles away); Elm Grove Stone Bridge 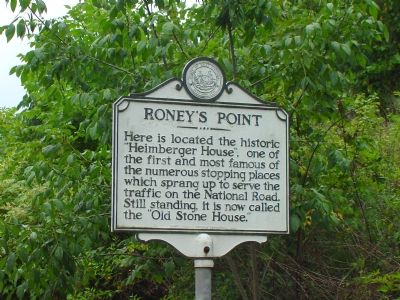 Regarding Roney’s Point. This federal-style stone tavern was constructed in the 1820s.

Additional commentary.
1. August Heimberger
Mr. Heimberger ran the hotel at Roney's Point from 1869 until his death in 1889. His widow Catherine Mingle Heimberger continued the business until 1892. (see the Heimberger Biography at the West Virginia Genealogical Society)
— Submitted April 13, 2013, by Allen C. Browne of Silver Spring, Maryland. 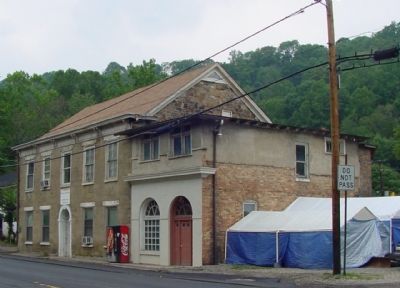 Photographed By J. J. Prats, August 27, 2006
3. Former Heimberger House, Now Known as the Old Stone House
2. Searight on Roney's Point
Thomas Searight in his 1894 book, The Old Pike, gives this capsule history: "Roney's Point is next reached, a stage station ten miles from Wheeling. The original owner of the land here was Roney, and its peculiar conformation, a high ridge ending in a point on the south side of the road, gave it the name of Roney's Point. It is a familiar name, and was a lively place during the palmy days of the road. On the north side of the road, at Roney's Point, a large stone tavern was kept by one Ninian Bell, prior to the year 1828. He was succeeded by James Beck, Mrs. Sarah Beck, Moses Thornburg, and Jacob Beck, in the order named. James and Jacob Beck were not relatives. The old Simms line of stages stopped at this house when it was kept by James Beck, and it was the stopping place of the Good Intent line, when kept by Jacob Beck."
— Submitted July 10, 2013, by Allen C. Browne of Silver Spring, Maryland. 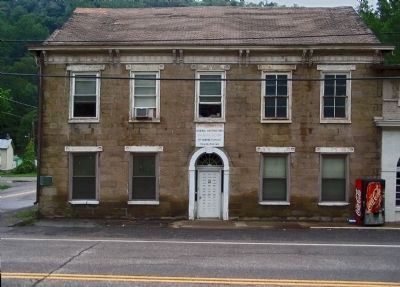 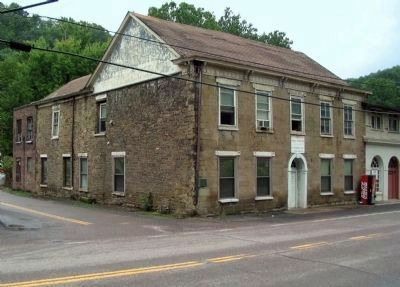 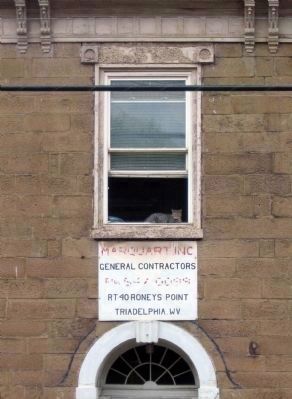 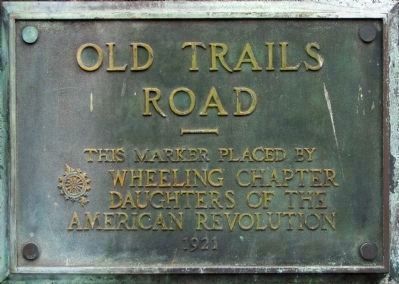 In 1912, the DAR began a project to mark a string of historic trails such as the Santa Fe Trail and the Old National Road as a "Coast-to-Coast" highway to be called the "National Old Trails Road" running 3,000 miles from Washington DC to Los Angeles California. Plaques like this one on the Old Stone Tavern and the Madonnas of the Trail are reminders of this early automobile era route. 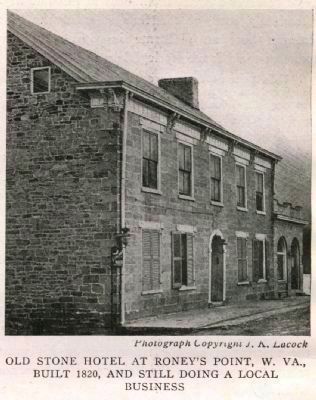 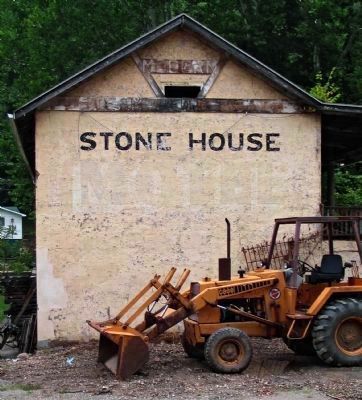 Photographed By Allen C. Browne, August 31, 2005
9. Modern Stone House Motel
This motel on the same property as the Stone Tavern, is a remnant of the revival of the National Road in the automobile era, first as the "National Old Trails Road" and then as its successor, US Route 40. 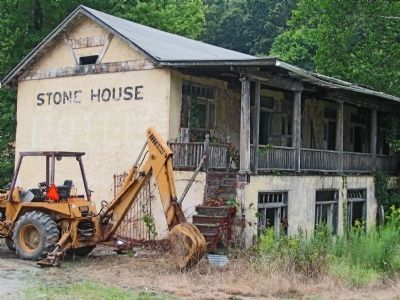 Photographed By Allen C. Browne, August 31, 2005
10. The Stone House Auto Court
"This motel was built by Frank Ehrhart in 1922. After the advent of the automobile in the early twentieth century, travelling by car became a popular national pastime. The National Road became more heavily used than it had been in days when lines of wagons waited to cross bridges. Like the tavern, the stone House was built to cater to the needs of travelers. The long building has ten units with billboards along the road promoting individual baths and steam showers, plus the garage for the automobile below each unit." -- National Register of Historic Places Nomination Form. 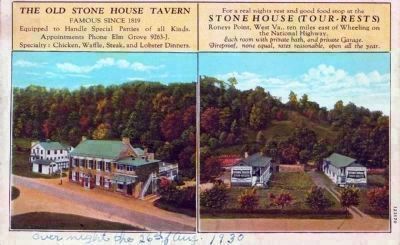