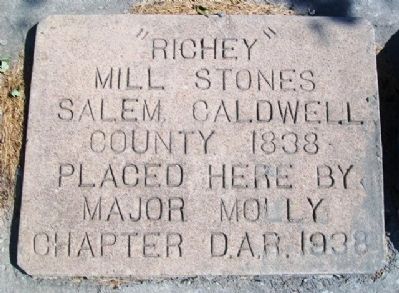 Topics and series. This historical marker is listed in these topic lists: Agriculture • Industry & Commerce • Settlements & Settlers. In addition, it is included in the Daughters of the American Revolution series list. A significant historical year for this entry is 1838.

Location. 39° 44.612′ N, 93° 59.921′ W. Marker is in Hamilton, Missouri, in Caldwell County. Marker is on McGaughy Street west of Davis Street (Missouri Route 13), on the right when traveling west. Markers are in J.C. Penney Park. Touch for map. Marker is in this post office area: Hamilton MO 64644, United States of America. Touch for directions. 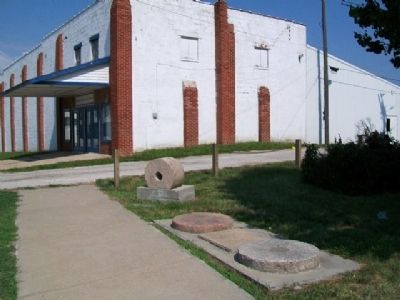