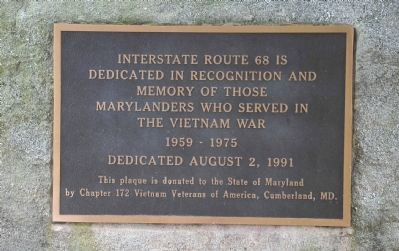 This plaque is donated to the State of Maryland by Chapter 172 Vietnam Veterans of America, Cumberland, MD.

Topics. This memorial is listed in these topic lists: Roads & Vehicles • War, Vietnam.

Location. 39° 43.066′ N, 78° 16.804′ W. Marker is near Hancock, Maryland, in Washington County. Memorial can be reached from Interstate 68 at milepost 75, 2.7 miles west of Maryland Route 144, on the right when traveling west. Marker is located at the southern end of the parking area for the Sideling Hill Visitor Center/Rest Area, which is just off I-68 Westbound. Touch for map. Marker is in this post office area: Hancock MD 21750, United States of America. Touch for directions. 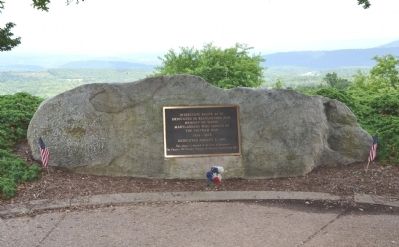 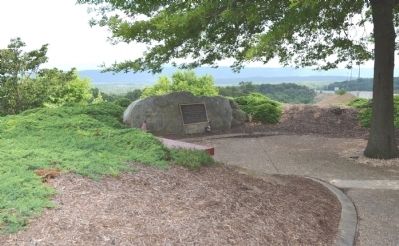