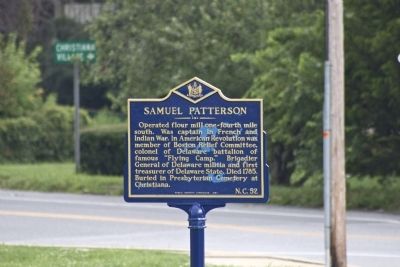 Topics and series. This historical marker is listed in these topic lists: War, French and Indian • War, US Revolutionary. In addition, it is included in the Delaware Public Archives series list.

Location. 39° 40.035′ N, 75° 39.866′ W. Marker is in Christiana, Delaware, in New Castle County. Marker is on West Main Street just north of Flanders Way, on the right when traveling west. Marker sits on the South East corner of Albert H. Jones Elementary School property. Touch for map. Marker is at or near this postal address: 35 West Main Street, Newark DE 19702, United States of America. Touch for directions.

Other nearby markers. At least 8 other markers are within walking distance of this marker. Village of Christiana (a few steps from this marker); Talbot's Fort 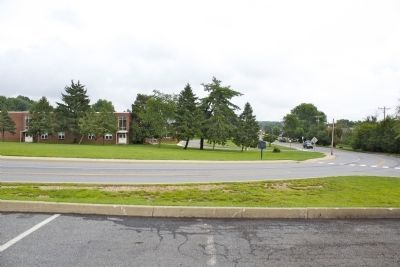