Winnemucca to the Sea Highway 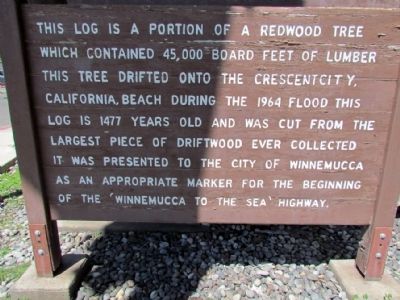 This log is a portion of a redwood tree which contained 45,000 board feet of lumber. This tree drifted onto the Crescent City, California, beach during the 1964 flood. This log is 1477 years old and was cut from the largest piece of driftwood ever collected. It was presented to the City of Winnemucca as an appropriate marker for the beginning of the 'Winnemucca to the Sea' Highway.

Topics. This historical marker is listed in this topic list: Roads & Vehicles. A significant historical year for this entry is 1964.

Other nearby markers. At least 8 other markers are within walking distance of this marker. California Trail - Trading Post (a few steps from this marker); Butch Cassidy's Wild Bunch Bank Robbery (about 500 feet away, measured in a direct line); Winneva Building (about 600 feet away); Humboldt Canal (about 700 feet away); Great Black Stone 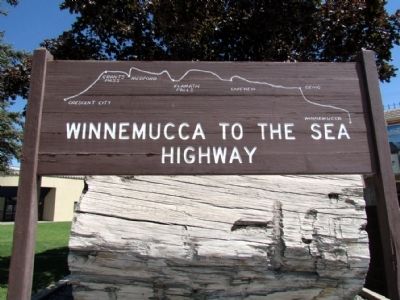 Click or scan to see
this page online
(about 700 feet away); Winnemucca World War I American Legion Honor Roll (about 800 feet away); Historic Marker (approx. 0.2 miles away); Pioneer Memorial Park (approx. half a mile away). Touch for a list and map of all markers in Winnemucca. 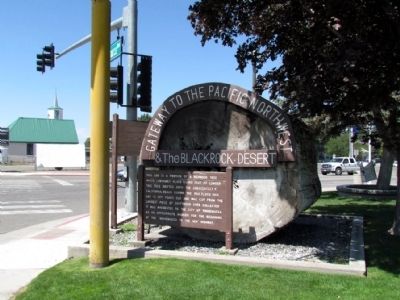 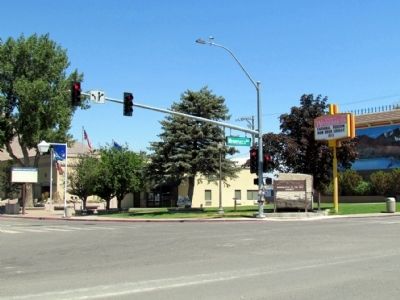