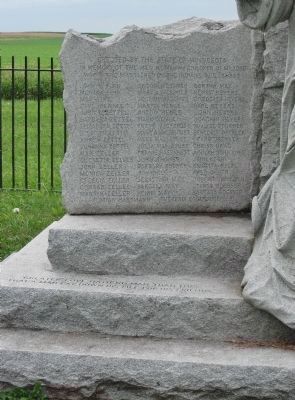 Erected by the State of Minnesota in 1929 in the memory of the men, women and children of Milford who were massacred by the Indians, Aug. 18, 1862.

"Greater love hath no man than this, that a man lay down his life for his friends." 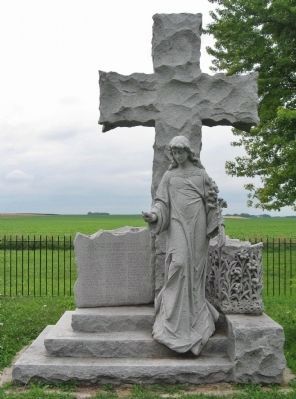 Topics. This memorial monument is listed in this topic list: Wars, US Indian.

More about this monument. This monument was the twenty-first of 23 state monuments that were erected by the Minnesota legislature between 1873 and 1929. These monuments represent Minnesota's public efforts to mark historic sites.

Regarding Milford State Monument. In 1862, the Minnesota Dakota, also known by the French term, “Sioux," waged war against the United States following two years of unfulfilled treaty obligations. After attacking the Redwood (Lower Sioux) Agency on August 18, the Dakota moved toward New Ulm. In their path stood a small settlement known as Milford. There, unprepared for battle, 53 of Milford’s residents were killed in a single day. 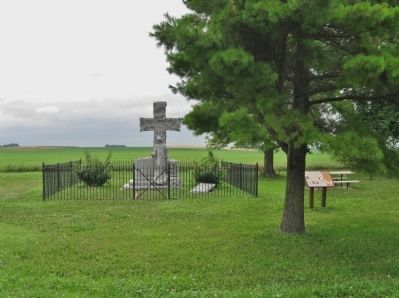