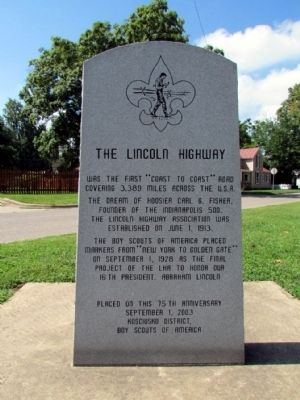 Was the first "Coast to Coast" road covering 3,389 miles across the U.S.A.

The dream of Hoosier Carl G. Fisher, founder of the Indianapolis 500. The Lincoln Highway Association was established on June 1, 1913.

The Boy Scouts of America placed markers from "New York to Golden State" on September 1, 1928 as the final project of the LHA to honor our 16th President, Abraham Lincoln.

Topics and series. This historical marker is listed in this topic list: Roads & Vehicles. In addition, it is included in the Former U.S. Presidents: #16 Abraham Lincoln, and the Lincoln Highway series lists. A significant historical date for this entry is June 1, 1913. 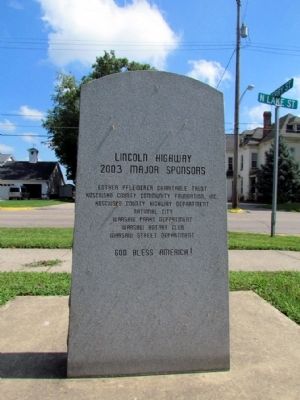 Photographed By Duane Hall, August 23, 2013
2. The Lincoln Highway Marker (Back)

Click or scan to see
this page online
in Funk Lincoln Highway Park. Touch for map. Marker is at or near this postal address: 605 N Lake Street, Warsaw IN 46580, United States of America. Touch for directions. 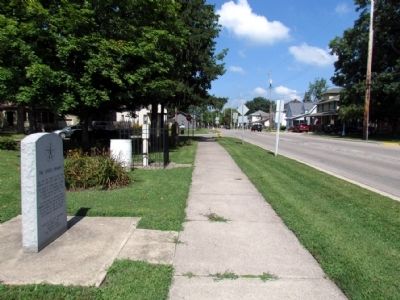 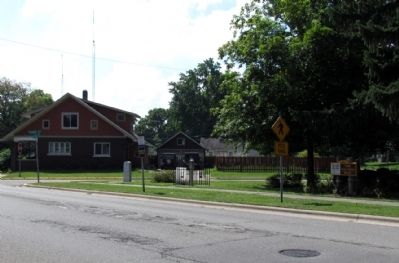 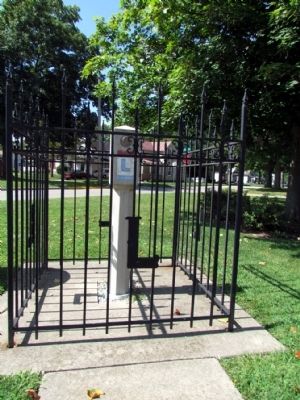 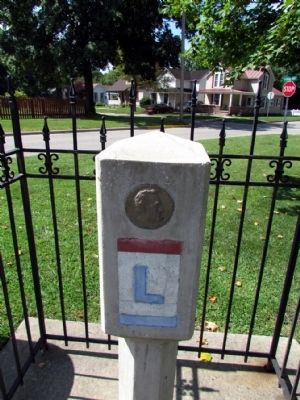