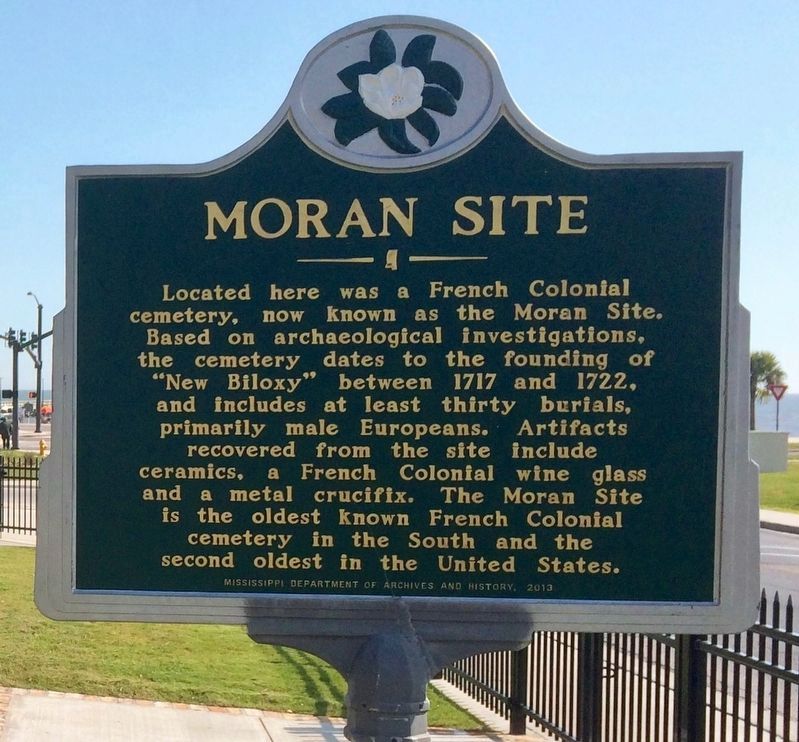 By Mark Hilton, March 22, 2017
1. Moran Site Marker
At new location, along Porter Avenue, at Biloxi Visitors Center.
Inscription.
Moran Site. . Located here was a French Colonial cemetery, now known as the Moran Site. Based on archaeological investigations, the cemetery dates to the founding of "New Biloxy" between 1717 and 1722, and includes at least thirty burials, primarily male Europeans. Artifacts recovered from the site include ceramics, a French Colonial wine glass and a metal crucifix. The Moran Site is the oldest known French Colonial cemetery in the South and the second oldest in the United States. . This historical marker was erected in 2013 by Mississippi Department of Archives and History. It is in Biloxi in Harrison County Mississippi

Erected 2013 by Mississippi Department of Archives and History.

Topics and series. This historical marker is listed in these topic lists: Cemeteries & Burial Sites • Colonial Era. In addition, it is included in the Mississippi State Historical Marker Program series list. A significant historical year for this entry is 1717. 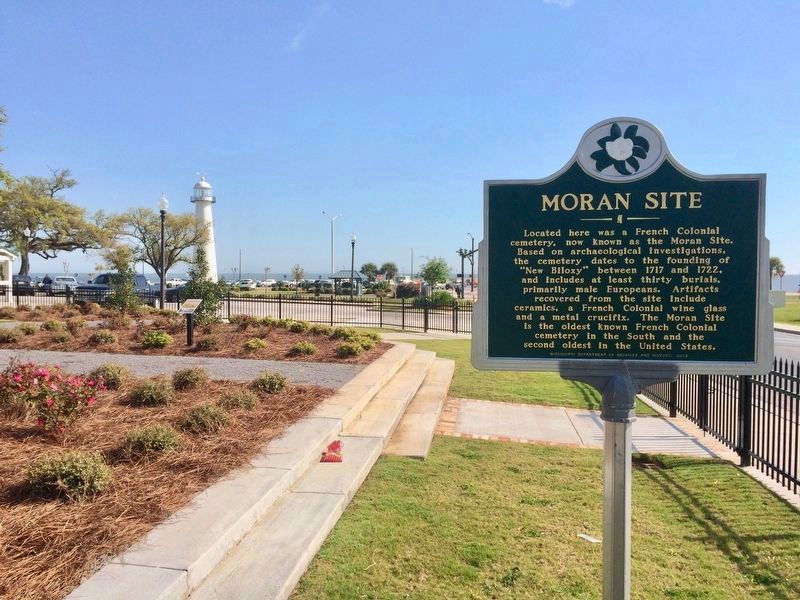 More about this marker. Marker was moved from the Biloxi Lighthouse, nearby, to a memorial garden added to the grounds of the Biloxi Visitors Center. 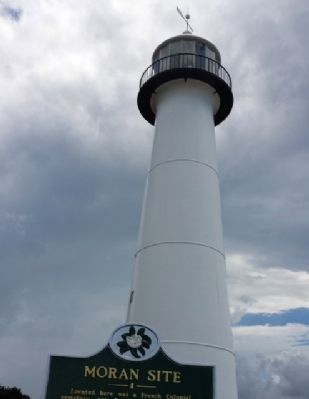 By Mark Hilton, September 5, 2013
3. Former location of marker near lighthouse 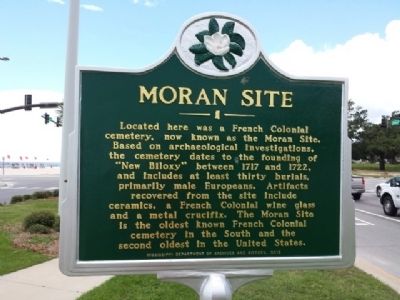 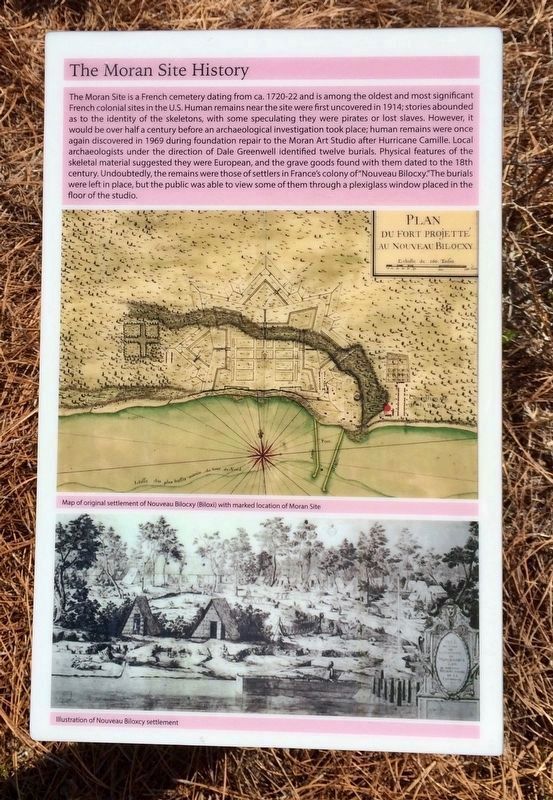