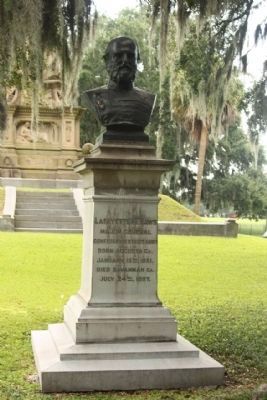 Location. 32° 4.045′ N, 81° 5.776′ W. Marker is in Savannah, Georgia, in Chatham County. Memorial is on Bull Street near Gwinnett Street, in the median. Located in Forsyth Park, at the base (north side) of the Confederate Monument. Touch for map. Marker is in this post office area: Savannah GA 31401, United States of America. Touch for directions.

Other nearby markers. At least 8 other markers are within walking distance of this marker. Francis Bartow (within shouting distance of this marker); Forsyth Park (about 400 feet away, measured in a direct line); Nina Anderson Pape (about 500 feet away); Warren A. Candler Hospital (approx. 0.2 miles away); Birthplace of Eighth Air Force (approx. 0.2 miles away); The Georgia Volunteer (approx. 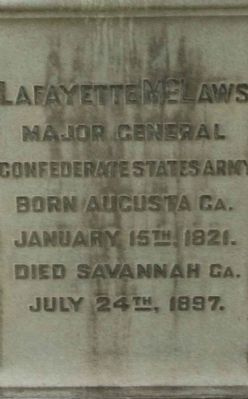 Also see . . .
1. Lafayette McLaws, Wikipedia entry. ... He marched his division to Sharpsburg, Maryland, and defended the West Woods in the Battle of Antietam. Lee was disappointed in McLaws's slow arrival on the battlefield. At the Battle of Fredericksburg, McLaws was one of the divisions defending Marye's Heights and he satisfied Lee with his ferocious defensive performance. ... (Submitted on September 16, 2013, by Mike Stroud of Bluffton, South Carolina.)

2. Lafayette McLaws at FindAGrave.com. (Submitted on September 18, 2013, by Mike Wintermantel of Pittsburgh, Pennsylvania.) 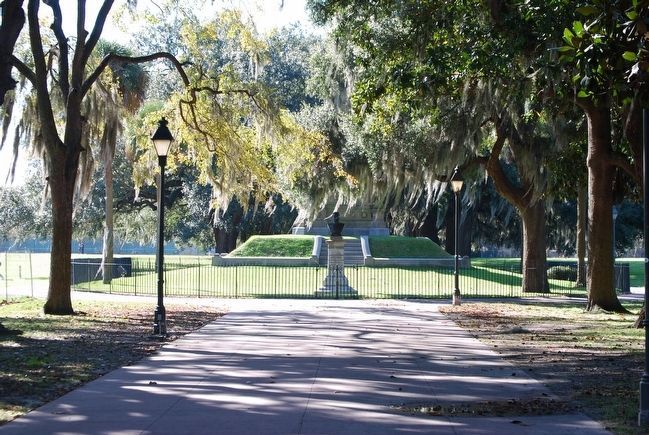 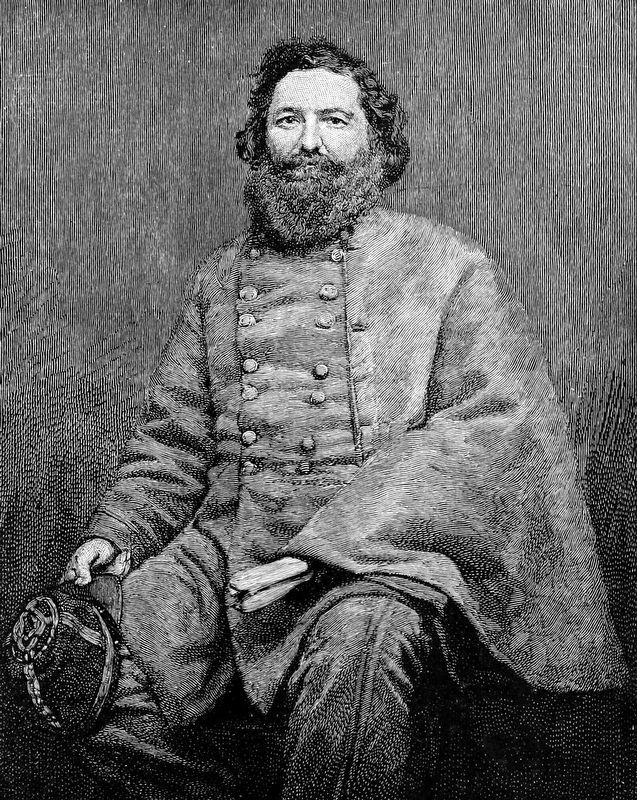