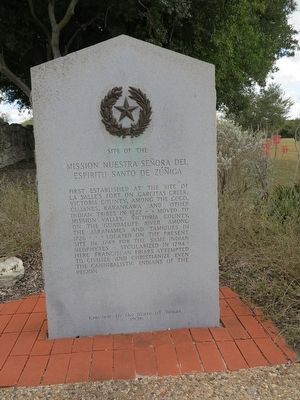 First established at the site of La Salle's Fort on Garcitas Creek, Victoria County, among the Coco, Cujanes, Karankawa and other Indian tribes in 1722. Moved to Mission Valley, Victoria County, on the Guadalupe River among the Jaranames and Tamiques in 1726. Located on the present site in 1749 for the same Indian neophytes. Secularized in 1794. Here Franciscan friars attempted to civilize and Christianize even the cannibalistic Indians of the region. 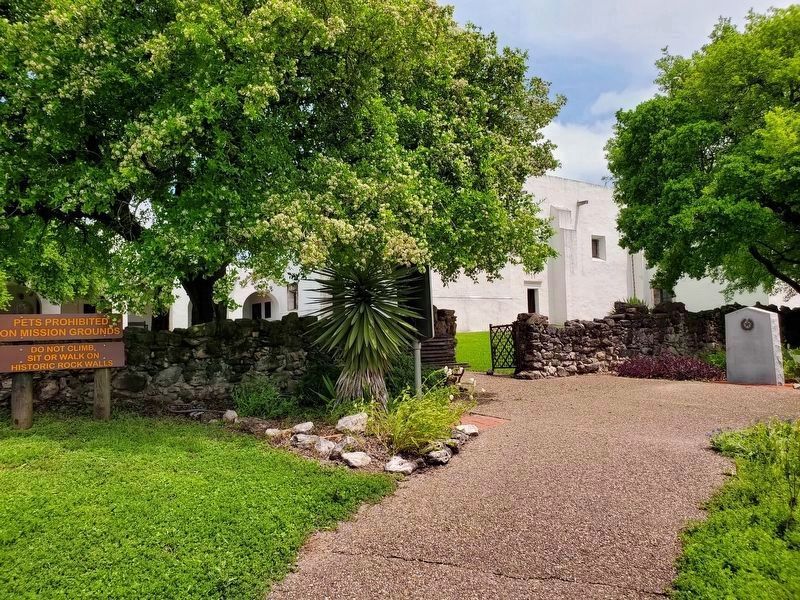 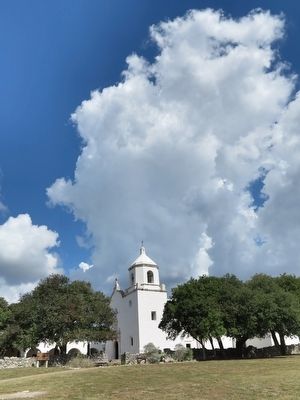 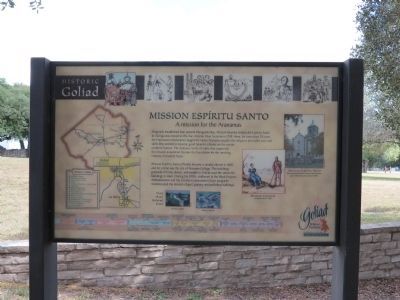