In Memory of the Pioneers of Chatham 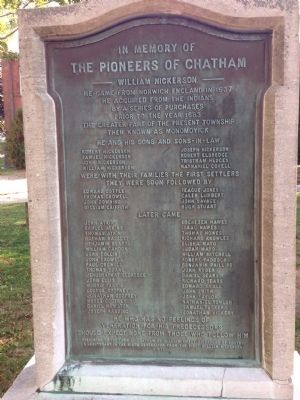 He came from Norwich England in 1637. He acquired from the Indians by a series of purchases prior to the year 1683 the greater part of the present Township then known as Monomoyick. He and his sons and sons-in-laws

were with their families the first settlers. They were soon followed by: 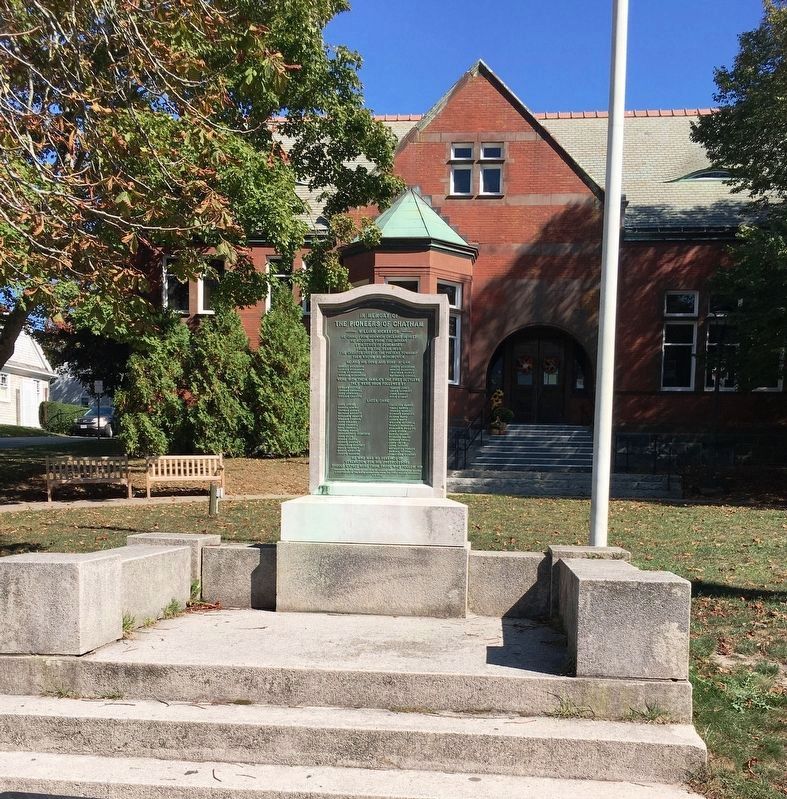 Photographed By Brandon D Cross, October 4, 2020
2. In Memory of the Pioneers of Chatham Marker

Click or scan to see
this page online
Jonathan Vickery

He who has no feelings of veneration for his predecessors should expect none from those who follow him.

Erected 1924 by William Emery Nickerson Of Boston a Descendant In The Ninth Generation From The First William Nickerson.

Topics. This historical marker is listed in these topic lists: Colonial Era • Settlements & Settlers. A significant historical year for this entry is 1637.