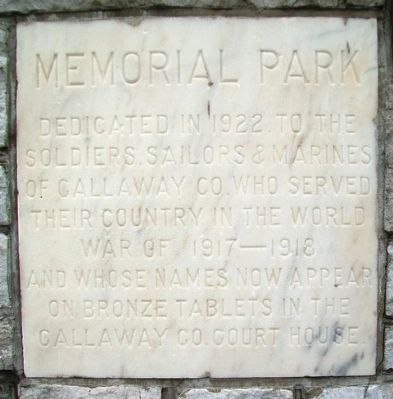 Dedicated in 1922 to the Soldiers, Sailors & Marines of Callaway Co. who served their country in the World War of 1917-1918 and whose names now appear on bronze tablets in the Callaway Co. Court House.

This ground was acquired in 1921, through public subscriptions of the Citizens of Fulton and Callaway County.

Erected 1922 by the Citizens of Fulton and Callaway County.

Topics. This memorial is listed in these topic lists: Parks & Recreational Areas • War, World I. A significant historical year for this entry is 1922.

Location. 38° 50.669′ N, 91° 56.89′ W. Marker is in Fulton, Missouri, in Callaway County. Memorial is at the intersection of 2nd Street and Court Street, on the left when traveling west on 2nd Street. Touch for map. Marker is in this post office area: Fulton MO 65251, United States of America. Touch for directions. 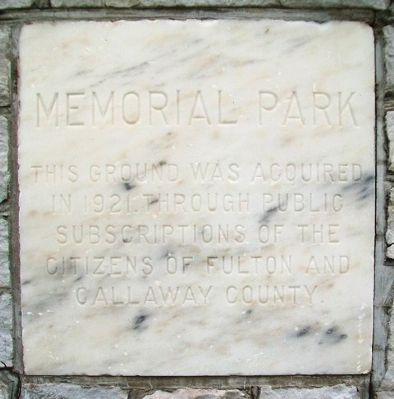 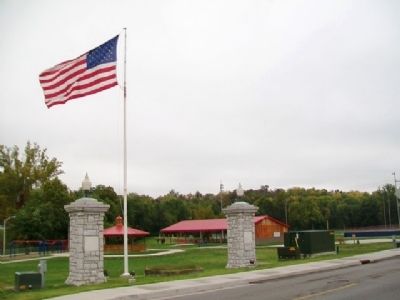 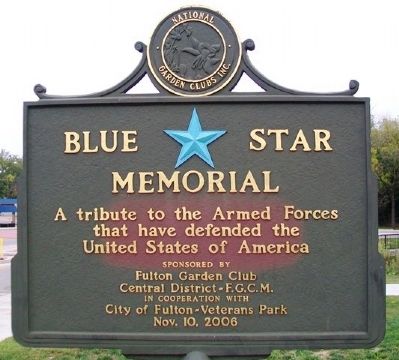