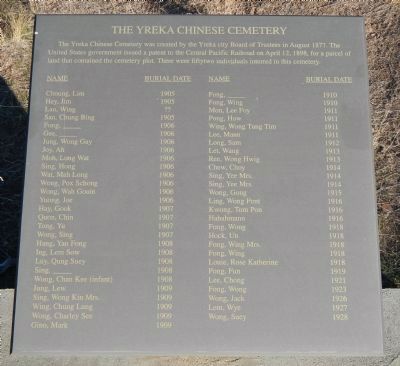 There are two plaques located at the kiosk next to the Yreka Chinese Cemetery.

The Yreka Chinese Cemetery was created by the Yreka city Board of Trustees in August 1877. The United States government issued a patent to the Central Pacific Railroad on April 12, 1898, for a parcel of land that contained the cemetery plot. There were fiftytwo (sic) individuals interred in this cemetery.

Below is a list of the individuals interred in the Yreka Chinese Cemetery. The information on the marker is displayed in two columns and includes the individuals name and burial date. 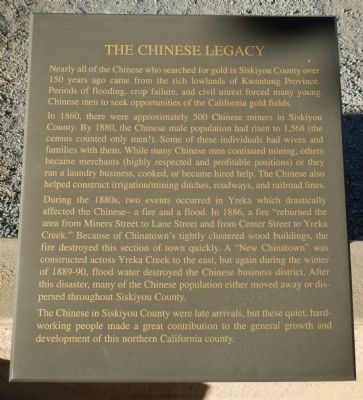 Nearly all of the Chinese who searched of gold in Siskiyou County over 150 years ago came from the rich lowlands of Kwantung Province. Periods of flooding, crop failure, and civil unrest forced many young Chinese men to seek opportunities in the California gold fields.
In 1860, there were approximately 500 Chinese miners in Siskiyou County. By 1880, the Chinese mail population had risen to 1,568 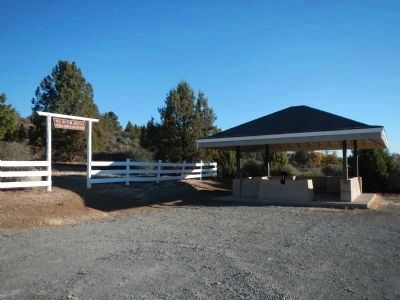 By Barry Swackhamer, October 21, 2013
3. Yreka Chinese Cemetery Marker
(the census counted only men!). Some of these individuals has wives and families with them. While many Chinese men continued mining, others became merchants (highly respected and profitable positions) or they ran laundry business, cooked, or became hired help. The Chinese also helped construct irrigation/mining ditches, roadways, and railroad lines. During the 1880s, to events occurred in Yreka which drastically affected the Chinese – a fire and a flood. In 1886, a fire “reburned the area from Miners Street to Lane Street and from Center Street to Yreka Creek.” Because of Chinatown’s tightly clustered wood buildings, the fire destroyed this section of town quickly. A “New Chinatown” was constructed across Yreka Creek to the east, but again during the winter of 1889-90, flood water destroyed the Chinese business district. After this disaster, many of the Chinese population either moved away or dispersed throughout Siskiyou County.
The Chinese in Siskiyou County were late arrivals, but these quiet, hard-working people made a great contribution to the general growth and development of this northern California county. 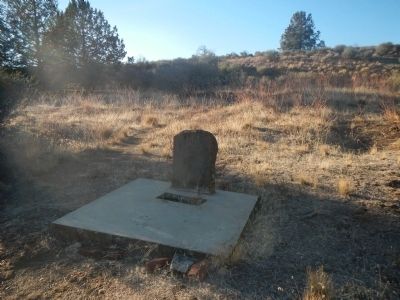 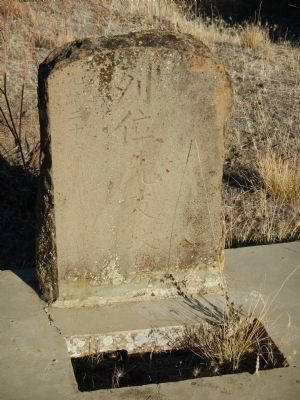