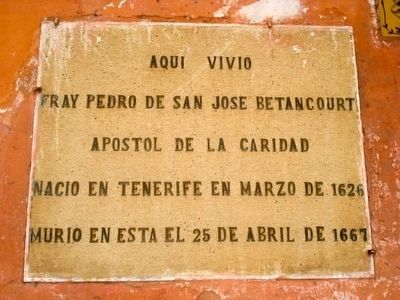 Photographed By J. Makali Bruton, October 20, 2009
1. Home of Brother Pedro marker
This marker (and several others like it in and around Antigua) were put up as part of the 400th Anniversary celebrations of the founding of Antigua in 1543.
Inscription.
Home of Brother Pedro. Casa del Hermano Pedro de San José de Betancourt.