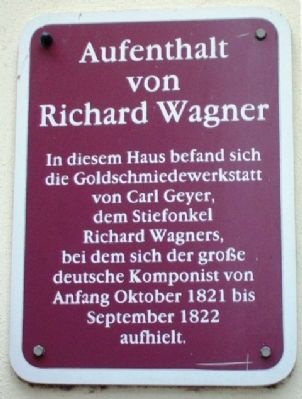 In this house there was the goldsmith's workshop by Carl Geyer, the step-uncle of Richard Wagner, in which the great German composer stayed from early October 1821 until September 1822.

Topics. This historical marker is listed in these topic lists: Arts, Letters, Music • Industry & Commerce • Man-Made Features. A significant historical year for this entry is 1821.

Other nearby markers. At least 8 other markers are within walking distance of this marker. City Seat of the Counts of Mansfeld-Hinterort (here, next to this marker); Martin Luther Quotes (a few steps from this 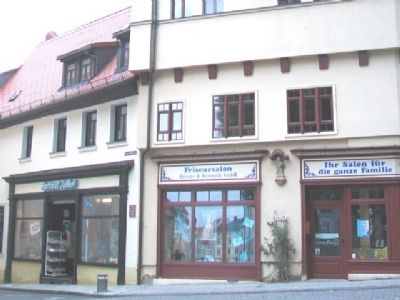