Crash of a United States B-52 Bomber 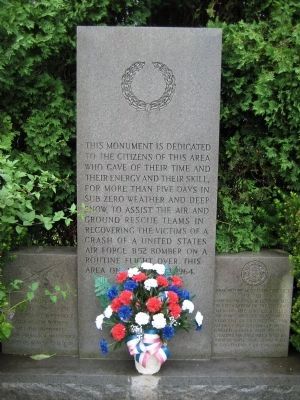 This monument is dedicated to the citizens of this area who gave their time and their energy and their skill, for more than five days in sub zero weather and deep snow, to assist the air and ground rescue teams in recovering the victims of a crash of a United States B-52 bomber on a routine flight over this area on January 13, 1964.

(right pane) Erected by Mountain District of the American Legion, Department of Maryland, in recognition of the gallant men of the United States Air Force who are constantly vigilant in protecting the security and freedom of these United States and to the citizens of this area who by their example here, stand also ready to lend a helping hand.

Erected 1964 by the Mountain District of the American Legion, Department of Maryland, in July.

Topics and series. This historical marker is listed in this topic list: War, Cold 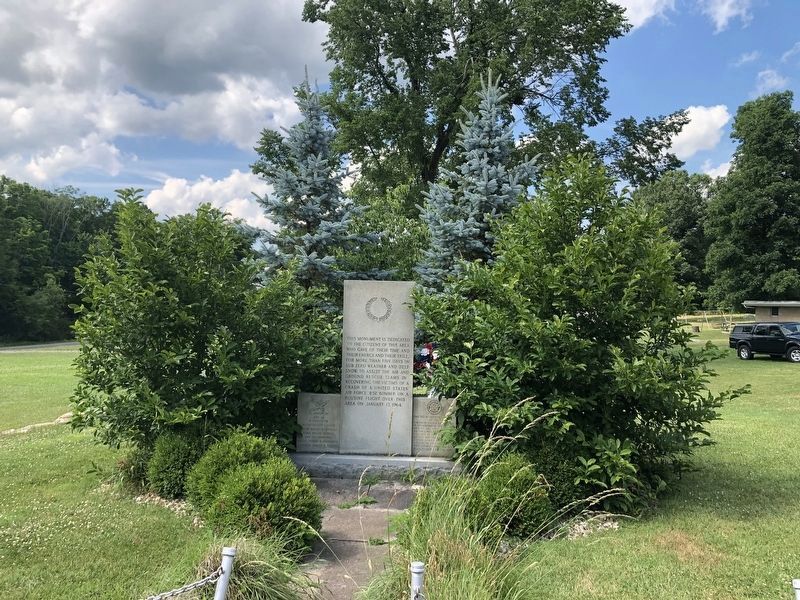 Click or scan to see
this page online
. In addition, it is included in the B-52 Bomber Crash in Maryland series list. A significant historical month for this entry is January 1946.

Location. 39° 41.788′ N, 79° 8.194′ W. Marker is in Grantsville, Maryland, in Garrett County. Marker is on Alternate U.S. 40 east of River Road, on the left when traveling east. It is approx. 500 yards east of the Penn Alps Restaurant and the Casselman bridge. Touch for map. Marker is in this post office area: Grantsville MD 21536, United States of America. Touch for directions.

Regarding Crash of a United States B-52 Bomber. The B-52 Strato-Fortress was on a routine mission carrying two 24-megaton nuclear bombs. This was the height of the Cold War and 12 atomic-bomb laden aircraft such as this were airborne at all times. The B-52 crashed on Big Savage Mountain near Lonaconing, during a violent snow storm after the tail fin broke off during massive turbulence. Three of the crew died, two survived. 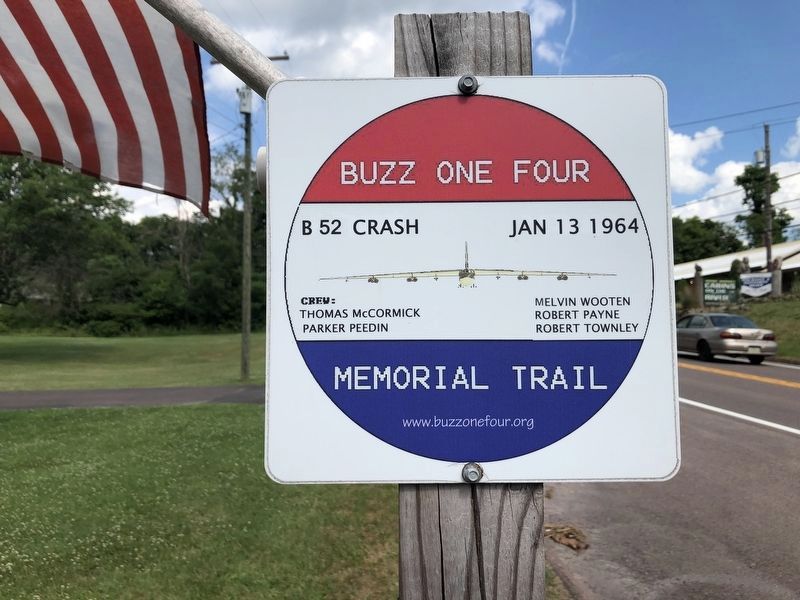 By Devry Becker Jones, July 17, 2020
3. Plaque on the grounds of the memorial
The ordnance was recovered.

Also see . . .
1. A Night To Remember. 2002 article by Dan Whetzel in Mountain Discoveries. “Three states and two counties in the Western Maryland region will never forget the winter storm of ’64, when a massive B-52 bomber crashed in the night.” (Submitted on July 6, 2008.)