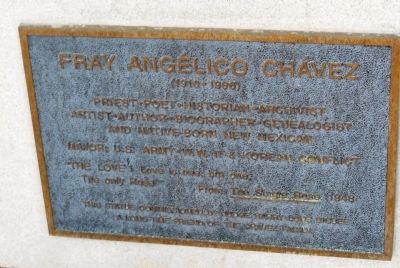 This statue commissioned by Judge Harry Long Bigbee
A long-time friend of the Chavez family. 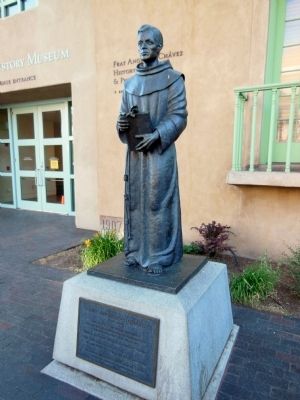 Also see . . .  Fray Angelico Chavez.
On 10 April 1910 Fabián Chavéz and María Nicolasa Roybal de Chávez welcomed the birth of their first child, Manuel Ezequiel Chávez, in the small northern town of Wagon Mound, New Mexico. The family, which would eventually include ten children, briefly left New Mexico moving to San Diego, California, where Fabián worked as a carpenter for the Panama-California Exposition. While in San Diego, most likely at the exposition itself, Manuel learned of the important role of the Franciscans in the history of the Americas. Upon the family’s return to New Mexico, Manuel attended the local public school in Mora run by the Sisters 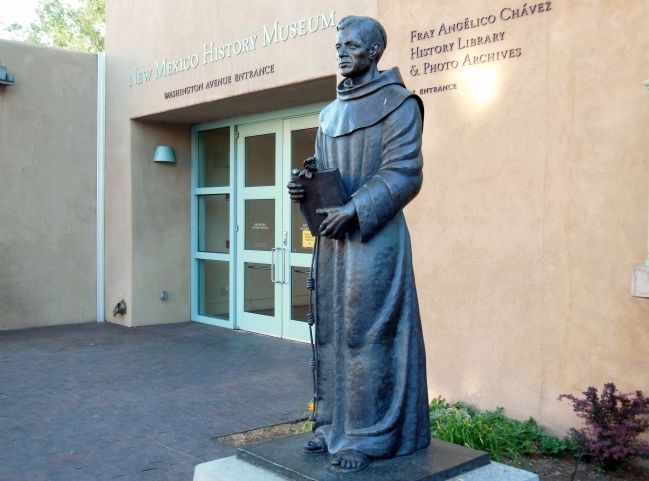