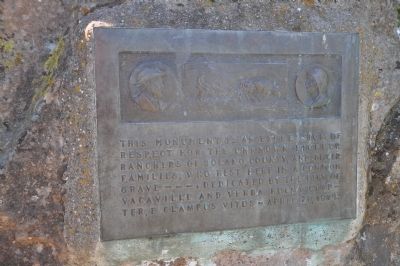 This monument is an expression of respect for the unknown pioneer ranchers of Solano County, and their families, who rest here in a common grave---. Dedicated by the City of Vacaville and Yerba Buena Chapter, E Clampus Vitus - April 27, 1974.

Topics and series. This historical marker is listed in these topic lists: Cemeteries & Burial Sites • Settlements & Settlers. In addition, it is included in the E Clampus Vitus series list. A significant historical month for this entry is April 2001.

Location. 38° 20.337′ N, 122° 0.762′ W. Marker is in Vacaville, California, in Solano County. Marker can be reached from Lincoln Highway. Marker is located in Vaca-Pena Adobe Park atop a nearby hillside accessible by a recreational trail. Touch for map. Marker is in this post office area: Vacaville CA 95687, United States of America. Touch for directions. 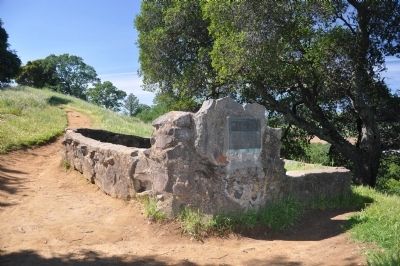 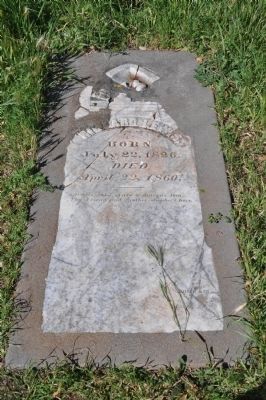 Give to this grave a duteous lean,
Thy Friend and Brother slumbers here. 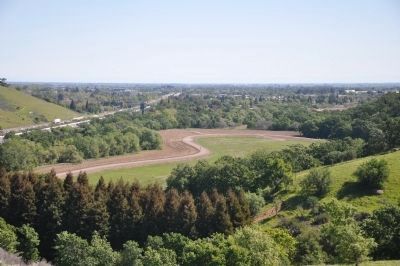