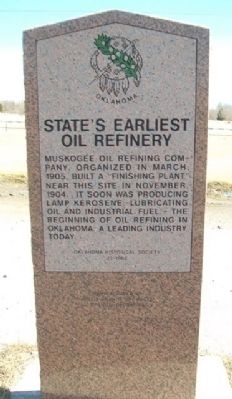 Muskogee Oil Refining Company, organized in March 1905, built a finishing plant near this site in November, 1904. It soon was producing lamp kerosene, lubricating oil and industrial fuel - the beginning of oil refining in Oklahoma, a leading industry today.

Topics and series. This historical marker is listed in these topic lists: Environment • Industry & Commerce • Man-Made Features • Settlements & Settlers. In addition, it is included in the Oklahoma Historical Society series list. A significant historical month for this entry is March 1905.

Other nearby markers. At least 8 other markers are within 3 miles of this marker, measured as the crow flies. Thomas-Foreman House (approx. 2 miles away); Hitching Post Stone (approx. 2.1 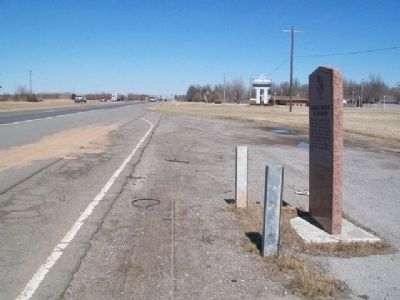