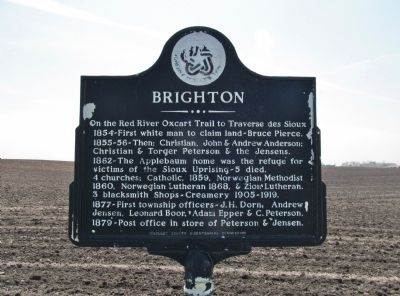 Topics and series. This historical marker is listed in these topic lists: Churches & Religion • Roads & Vehicles • Settlements & Settlers • Wars, US Indian. In addition, it is included in the The Spirit of ’76, America’s Bicentennial Celebration series list. A significant historical year for this entry is 1859. 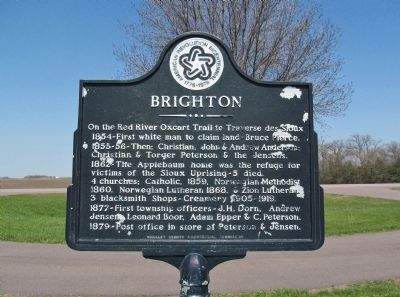 Photographed By K. Linzmeier, May 5, 2014
2. Brighton Marker
southwest side of marker with duplicate text 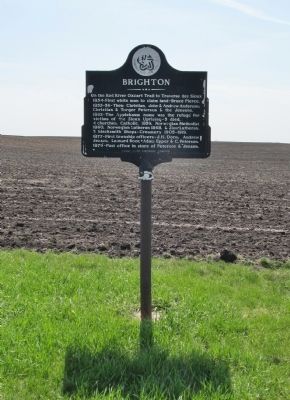 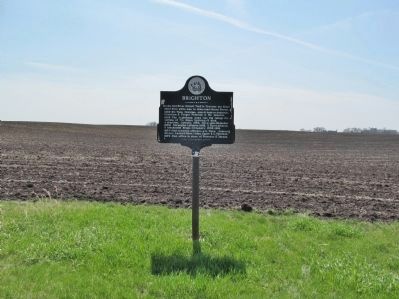 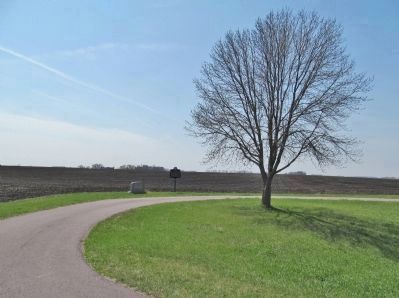