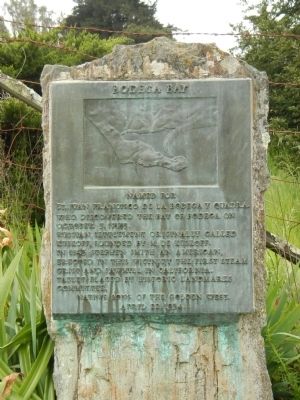 Photographed By Barry Swackhamer, April 25, 2014
1. Bodega Bay Marker
Inscription.
Bodega Bay. . Named for Lt. Juan Francisco de la Bodega y Quadra, who discovered the Bay of Bodega on October 3, 1775. , Russian settlement originally called Kuskoff, founded by M de Kuskoff. , In 1843 Stephen Smith an American, erected in this vicinity the first steam grist and sawmill in California. . This historical marker was erected in 1934 by Native Sons of the Golden West. It is in Bodega in Sonoma County California

Erected 1934 by Native Sons of the Golden West.

Topics and series. This historical marker is listed in these topic lists: Exploration • Industry & Commerce • Settlements & Settlers • Waterways & Vessels. In addition, it is included in the Native Sons/Daughters of the Golden West series list. A significant historical month for this entry is October 1579.

Other nearby markers. At least 8 other markers are within 5 miles of this marker, measured as the crow flies. Church of Saint Teresa of Avila (about 600 feet away, measured in a direct line); Potter School Est. 1873 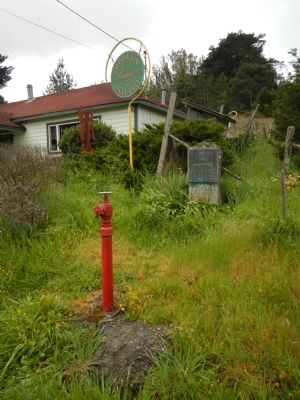 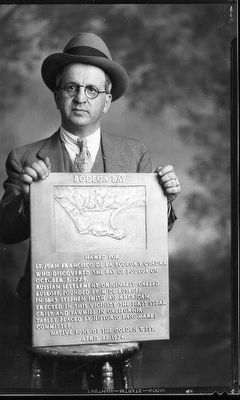