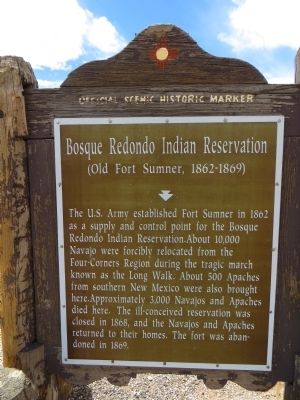 The U.S. Army established Fort Sumner in 1862 as a supply and control point for the Bosque Redondo Indian Reservation. About 10,000 Navajo were forcibly relocated from the Four-Corners Region during the tragic march known as the Long Walk. About 500 Apaches from southern New Mexico were also brought here. Approximately 3,000 Navajos and Apaches died here. The ill-conceived reservation was closed in 1868, and the Navajos and Apaches returned to their homes. The fort was abandoned in 1869.

Topics. This historical marker is listed in these topic lists: Forts and Castles • Native Americans. A significant historical year for this entry is 1862.

Other nearby markers. At least 5 other markers are within 4 miles of this marker, measured as the crow flies. Fort Sumner (approx. 1.2 miles away); Old Fort Sumner and “Billy the Kid’s” Grave 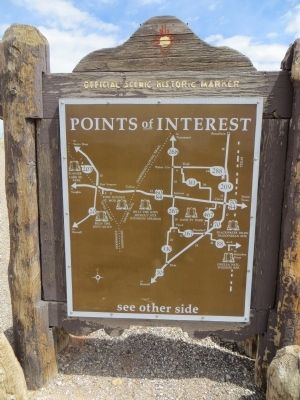 Photographed By Bill Kirchner, April 29, 2014
2. Back of Bosque Redondo Indian Reservation Marker
Points of Interest
New Mexico's Historic Markers typically have a map on the back side showing the location of other OSHM's. This is an excellent source of information when exploring for other Historical Markers and locations. 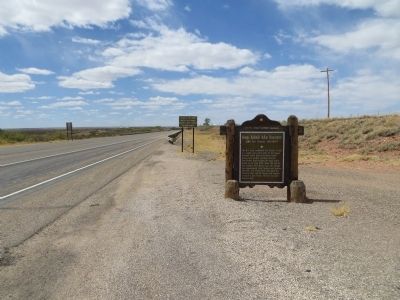