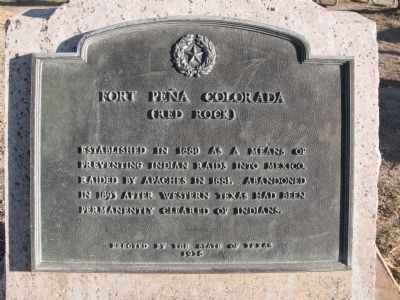 Photographed By Richard Denney, December 20, 2009
1. Fort Peña Colorado (Red Rock) Marker
Inscription.
Fort Peña Colorado (Red Rock). . Established in 1880 as a means of preventing Indian raids into Mexico. Raided by Apaches in 1881. Abandoned in 1893 after Western Texas had been permanently cleared of Indians. . This historical marker was erected in 1936 by the State of Texas. It is in Marathon in Brewster County Texas

Established in 1880 as a means of preventing Indian raids into Mexico. Raided by Apaches in 1881. Abandoned in 1893 after Western Texas had been permanently cleared of Indians.

Topics and series. This historical marker is listed in these topic lists: Forts and Castles • Native Americans • Notable Places. In addition, it is included in the Comanche Trail into Mexico, and the Texas 1936 Centennial Markers and Monuments series lists. A significant historical year for this entry is 1880.

Location. 30° 9.202′ N, 103° 17.258′ W. Marker is in Marathon, Texas, in Brewster County. Marker is on Post Road. Located in the parking lot of Fort Peña Colorado Park, south of Marathon. Touch for map. Marker is in this post office area: Marathon TX 79842, United States of America. Touch for directions. 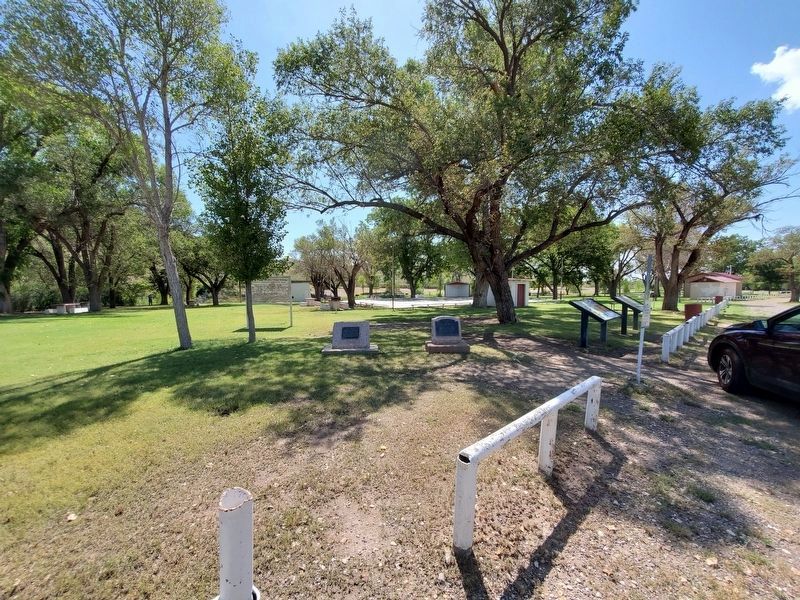 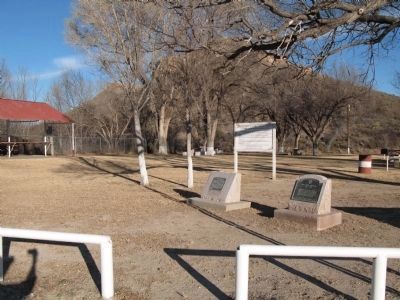 Photographed By Richard Denney
4. Panorama of the cliffs after which the fort was named
Works Progress Administration dam is visible in picture, lower right. 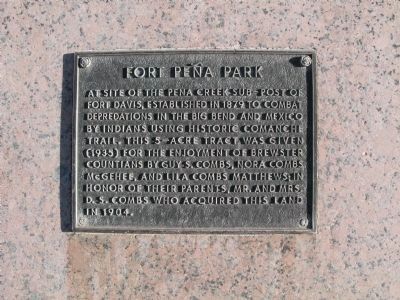 Photographed By Richard Denney, December 20, 2009
5. Fort Peña Park Marker
Marker reads: At site of the Pena Creek Sub-Post of Fort Davis Established in 1879 to combat depredations in the Big Bend and Mexico by Indians using historic Comanche Trail. This 5-acre tract was given (1935) for enjoyment of Brewster Countians by Guy S. Combs, Nora Combs McGehee, and Lila Combs Matthew, in honor of their parents, Mr. and Mrs. D.S. Combs who acquired this land in 1904. 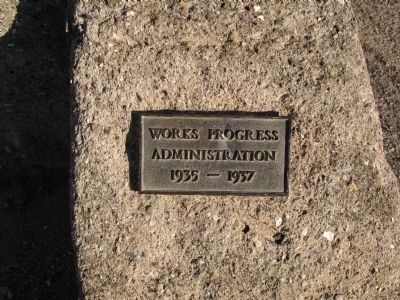 Photographed By Richard Denney, December 20, 2009
6. Works Progress Administration marker
A small dam erected by the WPA is constructed at the springs of Fort Peña Colorado. 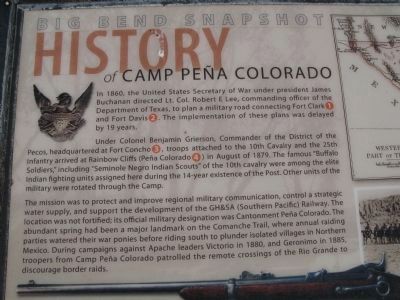 Photographed By Richard Denney, December 20, 2009
7. Display on the history of the fort 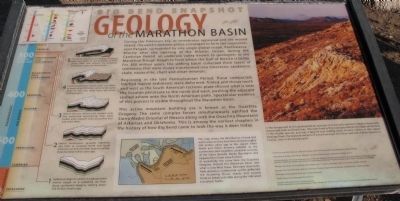 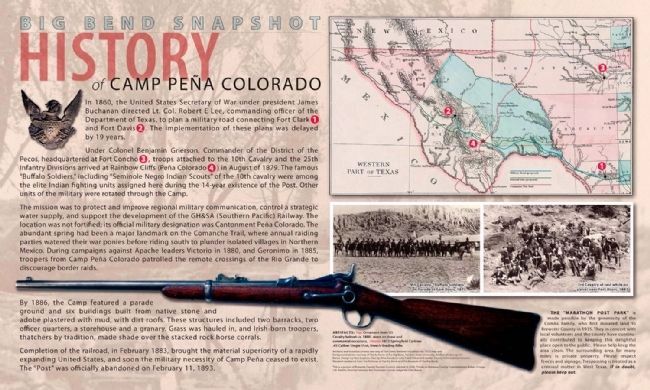