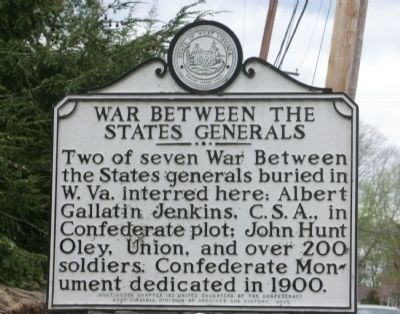 Erected 2000 by Huntington Chapter 150 United Daughters of the Confederacy, West Virginia Division of Archives and History.

Topics and series. This historical marker is listed in these topic lists: Cemeteries & Burial Sites • War, US Civil. In addition, it is included in the United Daughters of the Confederacy, and the West Virginia Archives and History series lists. 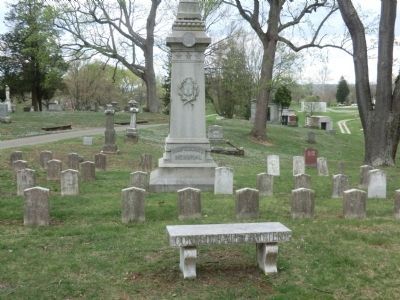 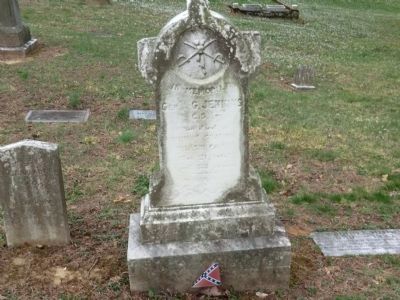 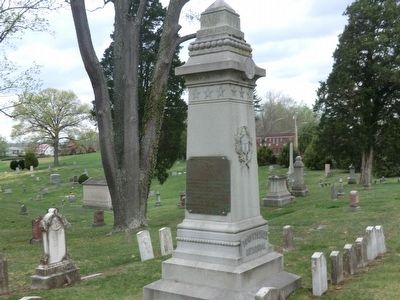 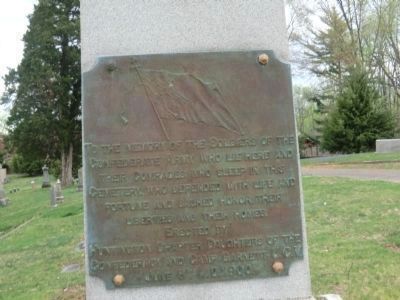 By Don Morfe, April 14, 2014
5. Confederate Monument Plaque
To the memory of the Soldiers of the Confederate Army who lie here and their comrades who sleep in this cemetery. Who defended with life and fortune and sacred honor, their liberties and their homes. Erected by Huntington Chapter Daughters of the Confederacy and Camp Garnett U.C.V. June 6th A.D. 1900.
Credits. This page was last revised on August 30, 2018. It was originally submitted on May 14, 2014, by Don Morfe of Baltimore, Maryland. This page has been viewed 577 times since then and 9 times this year. Photos:   1, 2, 3, 4, 5. submitted on May 14, 2014, by Don Morfe of Baltimore, Maryland. • Bernard Fisher was the editor who published this page.

Editor’s want-list for this marker. Photo of other side of this marker • Long shot showing the marker in the distance • Can you help?
Share This Page.