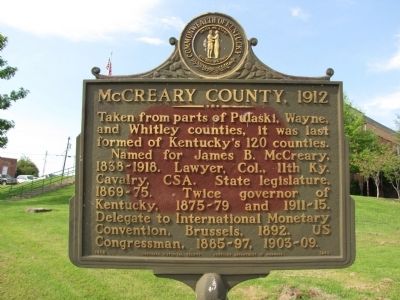 Taken from parts of Pulaski, Wayne, and Whitley counties, it was last formed of Kentucky's 120 counties.

Topics and series. This historical marker is listed in these topic lists: Government & Politics • Patriots & Patriotism • Political Subdivisions • War, US Civil. In addition, it is included in the Kentucky Historical Society series list. A significant historical year for this entry is 1892.

Location. 36° 43.568′ N, 84° 28.201′ W. Marker is in Whitley City, Kentucky, in McCreary County. Marker is at the intersection of Main Street (Kentucky Route 1651) and Court Street/Geary Avenue, on the right when traveling south on Main Street. Marker is located on the grounds 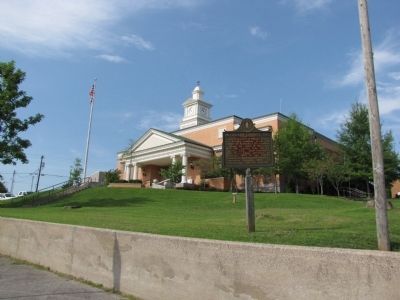 Click or scan to see
this page online
of the McCreary County courthouse, in the northeast corner. Touch for map. Marker is in this post office area: Whitley City KY 42653, United States of America. Touch for directions. 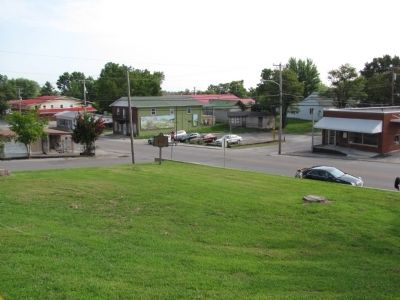