In Memory of Those Who Fell 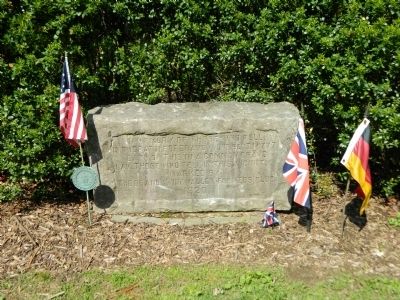 Photographed By Nate Davidson, May 17, 2014
1. In Memory of Those Who Fell Marker
Inscription.
In memory of those who fell in the Battle of Brandywine Sept 11, 1777. Back of this in a common grave lay those who fell in this vicinity. . This historical marker was erected in 1920 by The Brandywine Valley Farmers Club. It is in Birmingham Township in Chester County Pennsylvania

Topics. This memorial is listed in these topic lists: Cemeteries & Burial Sites • Churches & Religion • Patriots & Patriotism • War, US Revolutionary. A significant historical date for this entry is September 11, 1721.

Location. 39° 54.35′ N, 75° 35.633′ W. Marker is in Birmingham Township, Pennsylvania, in Chester County. Memorial can be reached from Birmingham Road. Touch for map. Marker is at or near this postal address: 1245 Birmingham Rd, West Chester PA 19382, United States of America. Touch for directions. 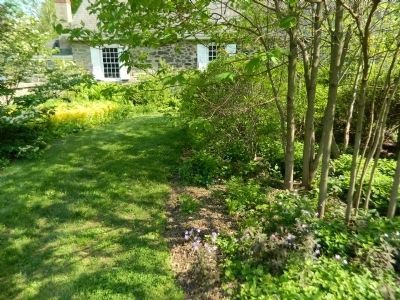 Click or scan to see
this page online
marker); Birmingham Friends Meeting House (within shouting distance of this marker); The Battle of the Brandywine Foot Soldiers (about 500 feet away, measured in a direct line); Birmingham Hill (about 700 feet away). Touch for a list and map of all markers in Birmingham Township.
Credits. This page was last revised on December 28, 2020. It was originally submitted on May 19, 2014, by Nathan Davidson of Salisbury, Maryland. This page has been viewed 607 times since then and 21 times this year. Photos:   1, 2. submitted on May 19, 2014, by Nathan Davidson of Salisbury, Maryland. • Bill Pfingsten was the editor who published this page.
Share this page.