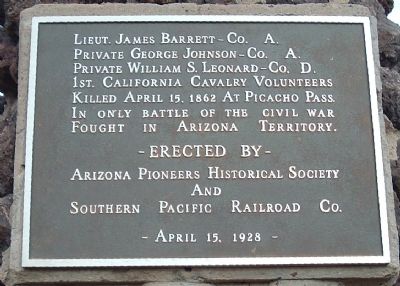 Topics. This memorial is listed in this topic list: War, US Civil. A significant historical date for this entry is April 15, 1934. 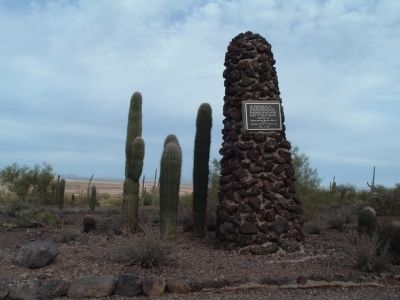 Click or scan to see
this page online
Click here for another marker that is related to this marker. To better understand the relationship, study each marker in the order shown.

Additional commentary.
1. Park closes in summer
Picacho Peak State Park closes during the summer months (typically from around mid-May to mid-September); it is open the rest of the year.
— Submitted April 11, 2014, by Harold Colson of San Diego, California. 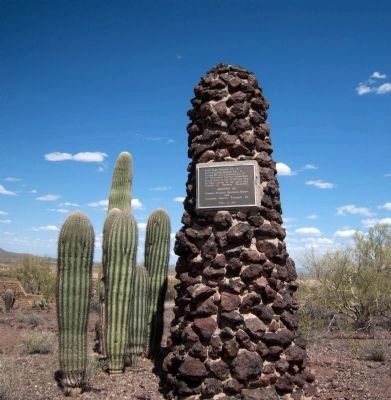 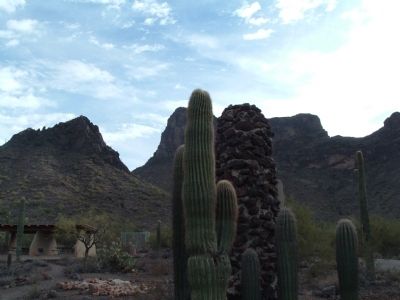