Erected by the State Roads Commission.

Location. 39° 41.93′ N, 78° 10.67′ W. Marker is in Hancock, Maryland, in Washington County. Marker is at the intersection of Main Street (Maryland Route 144) and Church Street, on the right when traveling west on Main Street. Touch for map. Marker is in this post office area: Hancock MD 21750, United States of America. Touch for directions. 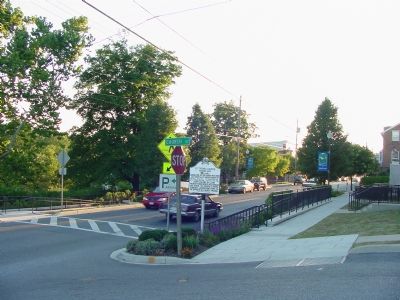 Regarding St. Thomas Church. Saint Thomas Church is at the end of Church Street, one block north of this marker. 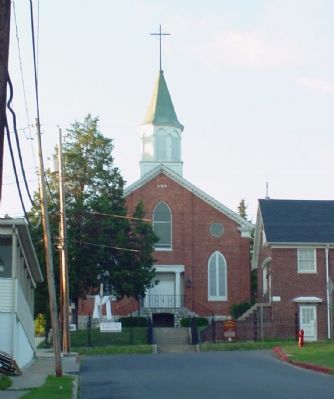 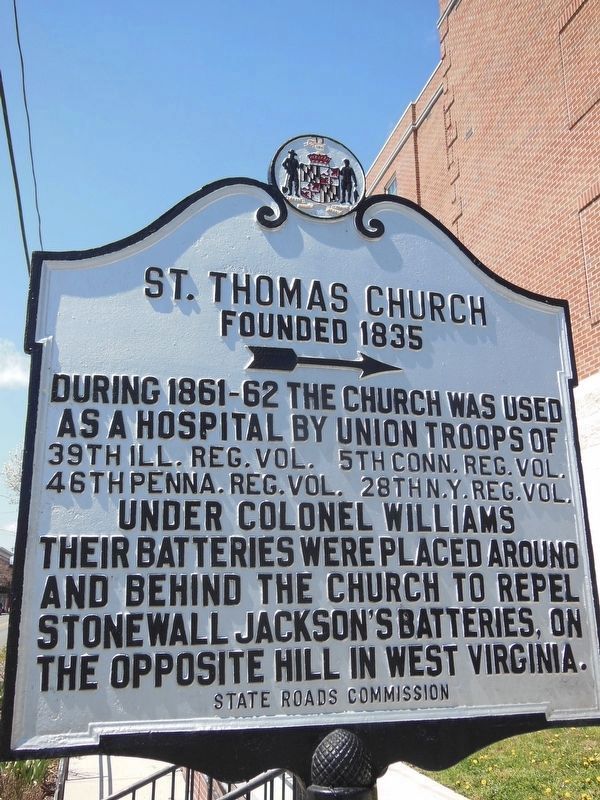 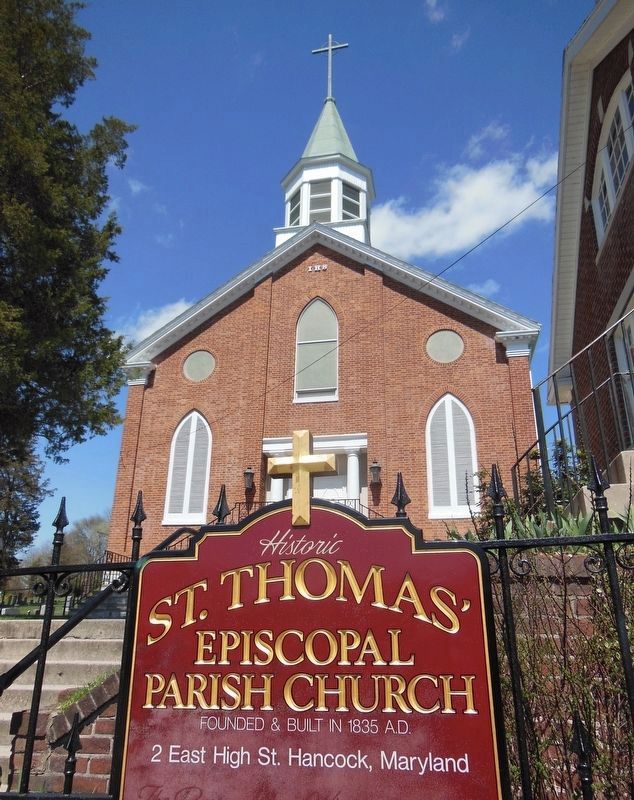