Last Cabinet Meeting of the C.S.A. 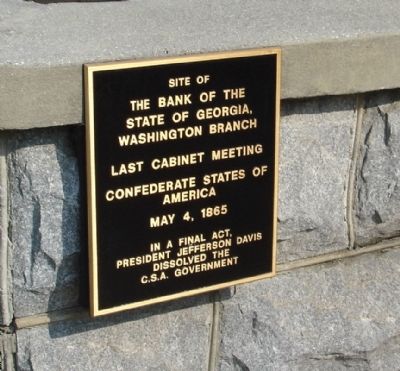 Site of the Bank of the State of Georgia, Washington Branch. Last cabinet meeting Confederates States of America May 4, 1865. In a final act, Jefferson Davis dissolved the C.S.A. government.

Topics. This historical marker is listed in this topic list: War, US Civil. A significant historical date for this entry is May 4, 1964.

Location. 33° 44.28′ N, 82° 44.355′ W. Marker is in Washington, Georgia, in Wilkes County. Marker is on North Spring Street, on the right when traveling north. Touch for map. Marker is at or near this postal address: 23 Court Street, Washington GA 30673, United States of America. Touch for directions. 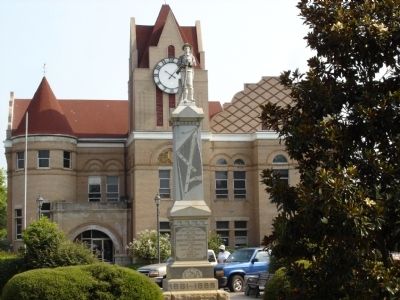 Photographed By Jonathan Newell, August 5, 2006
2. Washington, Georgia Courthouse
The marker is located at the right side of the courthouse, near the handicap access ramp.