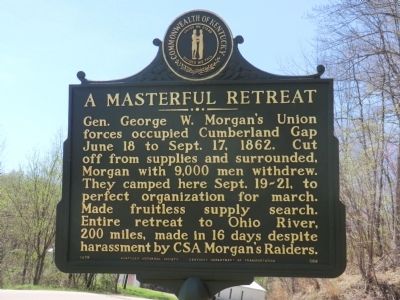 Photographed By Don Morfe, April 16, 2014
1. A Masterful Retreat Marker
Inscription.
A Masterful Retreat. Confederate Raids and Invasions, and a Federal Retreat, in Kentucky. Gen. George W. Morgan's Union forces occupied Cumberland Gap June 18 to Sept. 17, 1862. Cut off from supplies and surrounded, Morgan with 9,000 men withdrew. They camped here Sept. 19-21, to perfect organization for march. Made fruitless supply search. Entire retreat to Ohio River, 200 miles, made in 16 days despite harassment by CSA Morgan's Raiders. . This memorial was erected in 1978 by Kentucky Historical Society-Kentucky Department of Transportation. It is in Manchester in Clay County Kentucky

Topics and series. This memorial is listed in this topic list: War, US Civil. In addition, it is included in the Kentucky - Confederate Raids and Invasions, and a Federal Retreat, and the Kentucky Historical Society series lists.

Other nearby markers. At least 8 other markers are within 12 miles of this marker, measured as the crow flies. Goose Creek Salt Works (within shouting distance of this marker); This Site is Birth Place of Local History 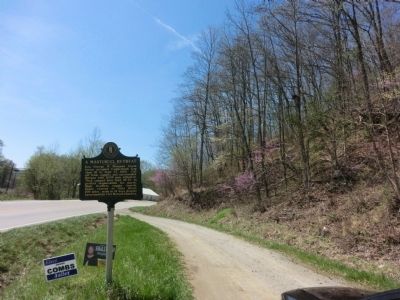 More about this marker. When this marker was recast, the map of Confederate Raids and Federal Retreats in Kentucky was omitted and the same text was used on both sides. 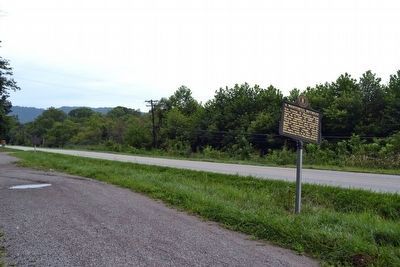 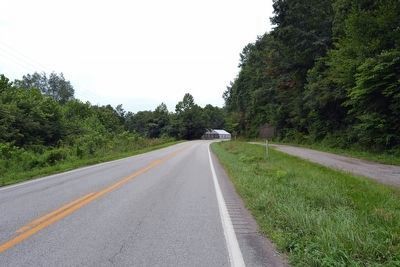 Photographed By Duane Hall, August 6, 2015
4. View to South from Kentucky Route 11
Goose Creek Salt Works and A Masterful Retreat markers on right (west) side of highway 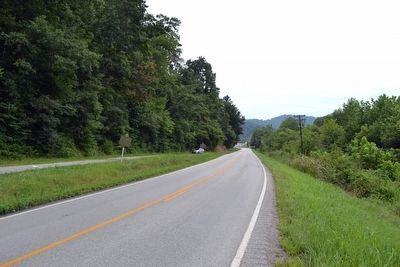