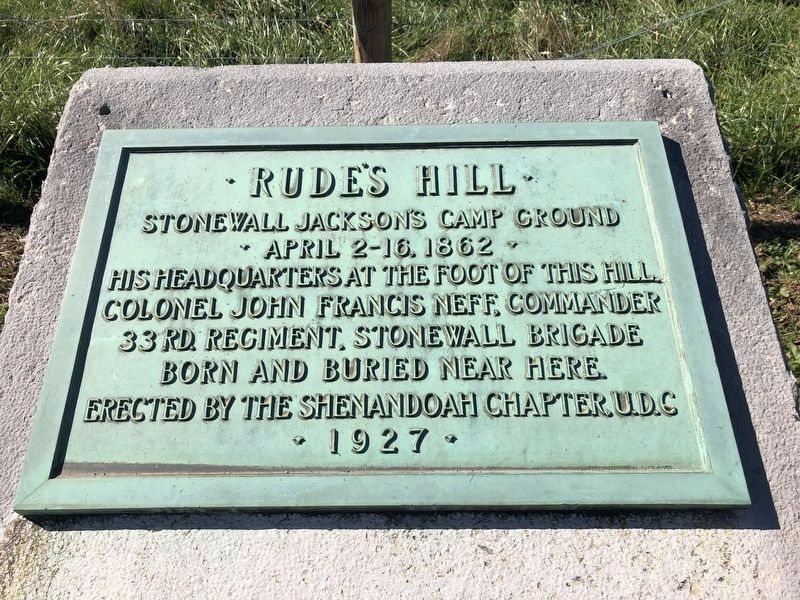 October 17, 2020
1. Rude’s Hill Marker
Inscription.
Rude’s Hill. . Stonewall Jackson’s camp ground April 2–16, 1862; his headquarters at the foot of this hill. Colonel John Francis Neff, Commander 33rd Regiment, Stonewall Brigade, born and buried near here. . This historical marker was erected in 1927 by The Shenandoah Chapter, United Daughters of the Confederacy. It is Near New Market in Shenandoah County Virginia

Erected 1927 by The Shenandoah Chapter, United Daughters of the Confederacy.

Topics and series. This historical marker is listed in this topic list: War, US Civil. In addition, it is included in the Battlefield Markers Association, and the United Daughters of the Confederacy series lists. A significant historical year for this entry is 1862. 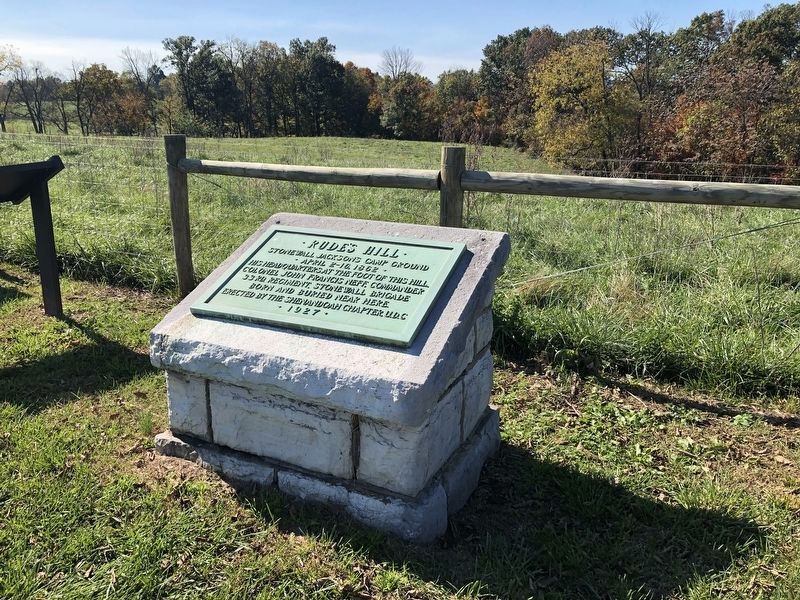 Click or scan to see
this page online
(a few steps from this marker); In Memory of Noah Richard Proctor (approx. half a mile away); Summers & Koontz Monument (approx. 0.7 miles away). Touch for a list and map of all markers in New Market.

More about this marker. This brass tablet is one of five Civil War markers at a pull-off on Route 11 between New Market and Mount Jackson. 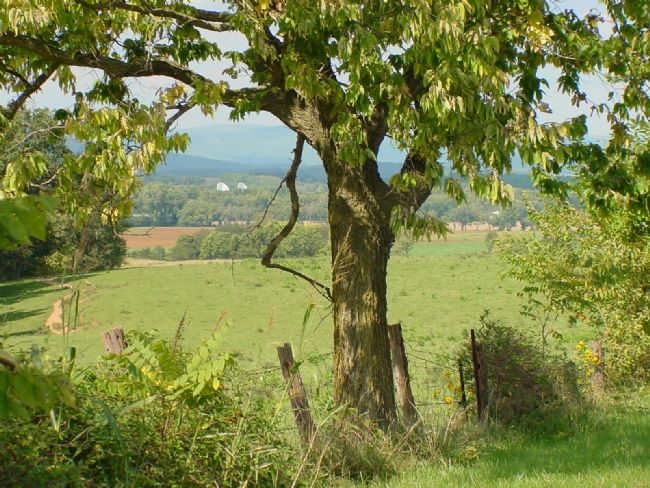 Photographed By J. J. Prats, September 26, 2006
3. Northwest View from Rude's Hill
Two large satellite dishes peek out from the trees in the distance. 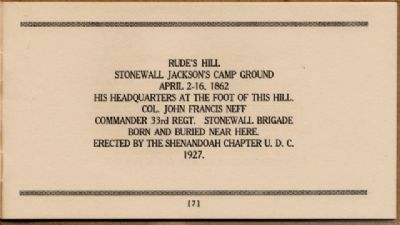