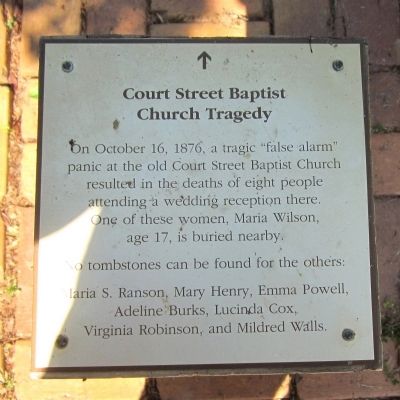 On October 16, 1876, a tragic “false alarm” panic at the old Court Street Baptist Church resulted in the deaths of eight people attending a wedding reception there. One of these young women, Maria Wilson, age 17, is buried nearby.

Topics. This historical marker is listed in these topic lists: Cemeteries & Burial Sites • Churches & Religion • Disasters. A significant historical month for this entry is October 1904. 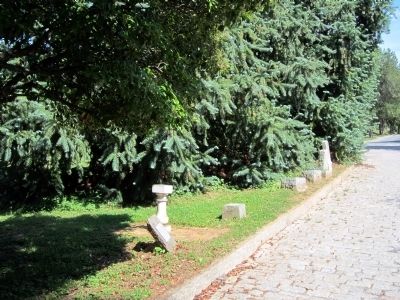