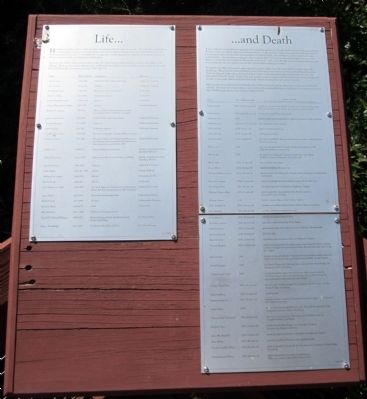 Hundreds of people buried in this cemetery were employed by the railroad industry. The railroad’s contributions to Lynchburg’s economy were extraordinary, and it was a major employer in the city between 1850 and 1920. Railroads employed people in remarkably diverse capacities, in jobs ranging from engineers to machinist, foreman to laborer, porter to cook, and flagman to station agent.

Below is a list of every known person buried in the Old City Cemetery whose work was in some way related to the railroad. There are many more unknown, who could not be identified because no burial records survive for more than 15,000 people interred here between 1806 and 1913.

Just as railroads brought life to so many families in Lynchburg, they also brought death to an astonishing number of citizens in the nineteenth and early twentieth-centuries. In the era when rail travel was so popular, and when most of Lynchburg’s residents lived within walking distance of railroad tracks, railroad-related accidents and deaths were commonplace. One Lynchburg newspaper editor note 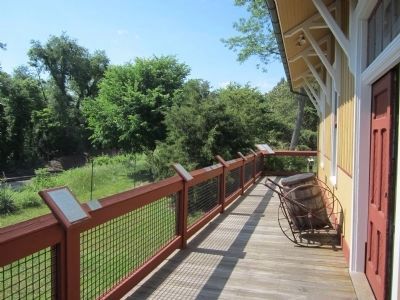 Click or scan to see
this page online
din 1852 “it is almost a miracle that others have not been killed, so constantly and carelessly do they go about the track.” Railroad work itself, from excavating railway tunnels to coupling cars, was very dangerous—and often permanently disabling, if not fatal.

During the Civil War, railroads brought sick and wounded soldiers from the battlefield to hospital centers like Lynchburg. Many did not receive treatment in time and were found dead on the boxcars when they arrived here. The local Diuguid Undertakers often packed their bodies in charcoal and put them back on the rail cars, to be transported home for burial. Diuguid also exhumed the remains of many soldiers and sent them home by railroad, months or even years after being buried here in the “Public Burying Ground” or City Cemetery.

Below is a list of every known person buried in the Old City Cemetery whose death was in some way caused by the railroad. There are many more unknown, who could not be identified because no burial records survive for more than 15,000 people interred here between 1806 and 1913.

Topics. This historical marker is listed in these topic lists: Cemeteries & Burial Sites • Railroads & Streetcars • War, US Civil. A significant historical year for this entry is 1850. 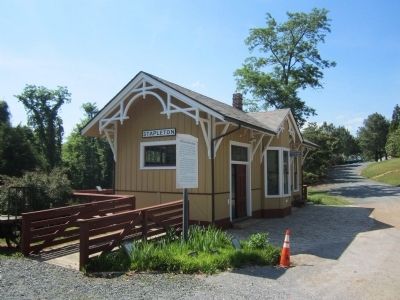 Photographed By Bernard Fisher
3. Station House Museum
W. Marker is in Lynchburg, Virginia. Marker can be reached from the intersection of Taylor Street and 4th Street. Touch for map. Marker is at or near this postal address: 401 Taylor Street, Lynchburg VA 24501, United States of America. Touch for directions.