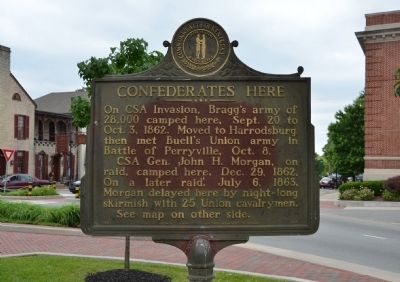 Reverse:
Confederate Raids and Invasions and a Federal Retreat, in Kentucky.

Erected 1964 by The Kentucky Historical Society and The Kentucky Department of Highways. (Marker Number 674.)

Topics and series. This historical marker is listed in this topic list: War, US Civil. In addition, it is included in the Kentucky - Confederate Raids and Invasions, and a Federal Retreat, and the Kentucky Historical Society series lists. A significant historical month for this entry is July 1773. 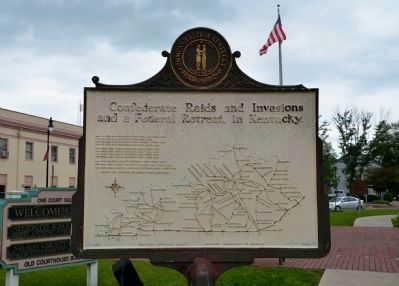 By Karl Stelly, June 2, 2014
2. Confederate Raids and Invasions and a Federal Retreat, in Kentucky.
The map shows the routes of the 4 raids by General Nathan Bedford Forrest, the 4 raids by General John Hunt Morgan, the routes of invasion by General Braxton Bragg's army and by General Edmund Kirby Smith's army. It also shows the route of Union General George W. Morgan's retreat. The map is color-coded to distinguish the different routes. Unfortunately, the paint has faded or worn off, making tracing the different routes shown on the map nearly impossible.

Click or scan to see
this page online
) and West Stephen Foster Avenue (U.S. 62), on the left when traveling south on Court Square. Marker is inside the traffic circle at the town center, on the grounds of the old courthouse, now called the Welcome Center. Touch for map. Marker is in this post office area: Bardstown KY 40004, United States of America. Touch for directions. 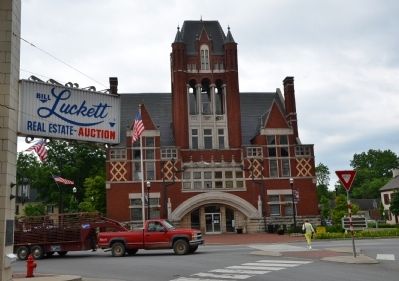 By Karl Stelly, June 2, 2014
3. Old Courthouse Square
This photo shows the Welcome Center. The marker can be seen near the right edge of the photo. 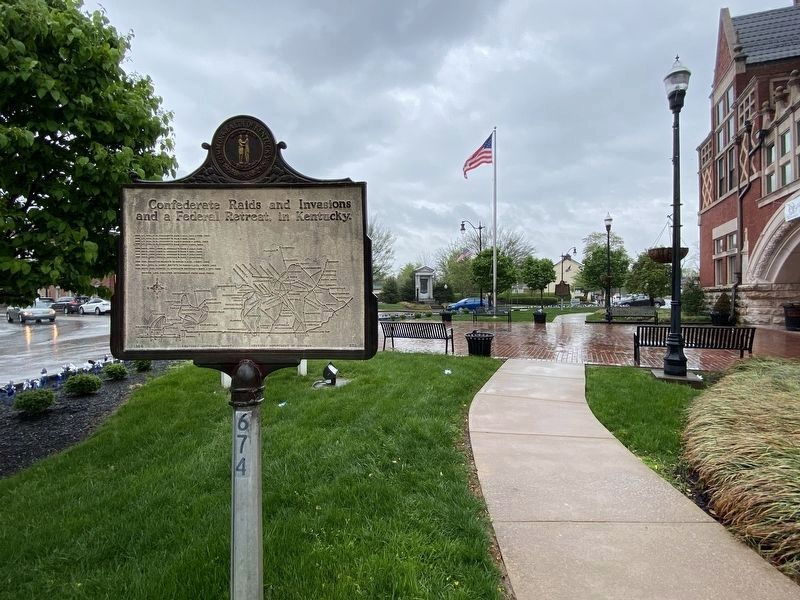