Photographed By William Fischer, Jr., May 23, 2014
1. Mrs. Luella Howard Mural
Inscription.
Mrs. Luella Howard. . ,
Born 1864 . Maine to Washington 1890 A Teacher . 1st Librarian at Anacortes Public Library, 1910 Mrs. Howard lived in the neighborhood and walked to work . Retired '39. . This historical marker was erected in 2011 by Bill Mitchell and Concerned Citizens and Organizations. It is in Anacortes in Skagit County Washington

Erected 2011 by Bill Mitchell and Concerned Citizens and Organizations.

Topics. This historical marker is listed in these topic lists: Charity & Public Work • Education • Women. A significant historical year for this entry is 1864.

Location. 48° 30.945′ N, 122° 37.059′ W. Marker is in Anacortes, Washington, in Skagit County. Marker is at the intersection of 8th Street and M Avenue, on the left when traveling west on 8th Street. Mural is at the entrance to the Anacortes Museum of History (former Carnegie Library). Touch for map. Marker is at or near this postal address: 1305 8th Street, Anacortes WA 98221, United States of America. Touch for directions.

Other nearby markers. At least 8 other markers are within walking distance of this marker. Andrew Carnegie (here, next to this marker); Miss Carrie M. White (a few steps from this marker); War Memorial (about 400 feet away, measured in a direct line); Causland Park (about 500 feet away); 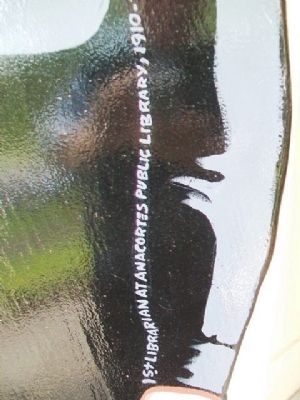 Regarding Mrs. Luella Howard. The text is written as shading along seams. 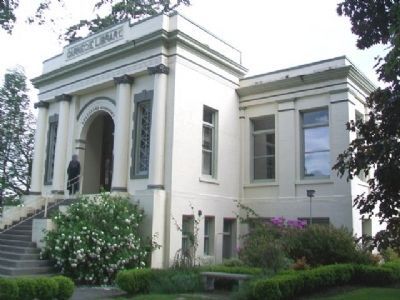