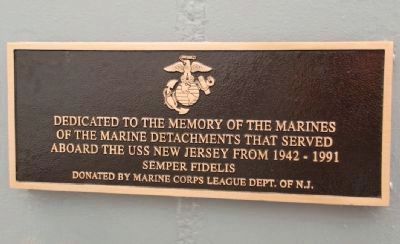 Location. 39° 56.35′ N, 75° 7.983′ W. Marker is in Camden, New Jersey, in Camden County. Memorial is on 1 Riverside Drive. The plaque is located on one of the port-side 5-inch secondary guns aboard the Battleship New Jersey. Touch for map. Marker is in this post office area: Camden NJ 08103, United States of America. Touch for directions. 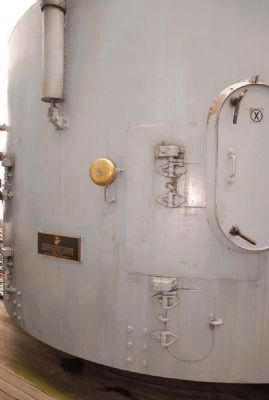 Click or scan to see
this page online
(about 700 feet away); American Merchant Marine Memorial (approx. ¼ mile away); Walt Whitman (approx. 0.3 miles away). Touch for a list and map of all markers in Camden.

Regarding USS New Jersey Marine Detachments. Since its founding in 1775, Marines have been embarked on U.S. warships, primarily to repel boarders and form landing parties for small operations ashore. Secondary duties included law enforcement and ceremonial duties aboard ship. In the era of steel ships, small Marine detachments were limited to duty aboard cruisers, battleships, and aircraft carriers. On those ships they also manned secondary or anti-aircraft gun batteries. With the deployment of nuclear weapons aboard U.S. warships, including the New Jersey, Marines were given the principal duty of security for those weapons. 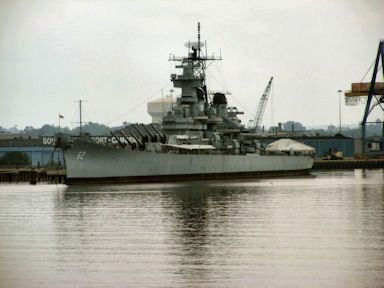 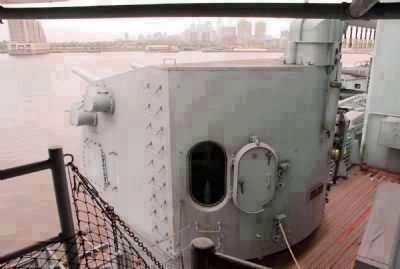 Photographed By R. C.
4. View into left hatch
The Marines-crewed twin 5-inch gun turret is a Mark 28 Mod 2 5-inch/38-caliber model. This turret was only used on the Iowa class battleships, of which the New Jersey was the second ship of that class. During regular deployment, this turret was identified by the USMC emblem painted on the turret's front and sides. 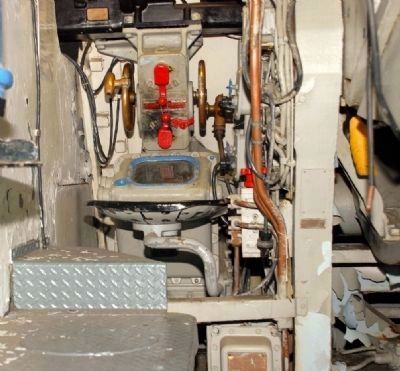 Photographed By R. C.
5. One set of the operating controls of the gun 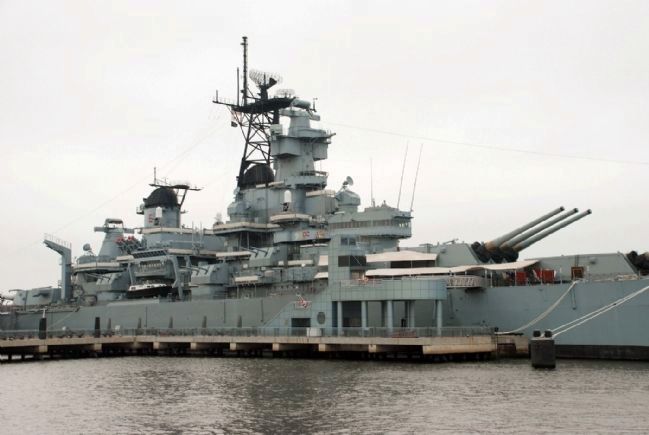 Photographed By R. C.
6. Starboard side of the Battleship New Jersey
Various secondary guns can be seen in this view. Many of the ship's original armament was removed over the ship's 50+ years of service to make room for newer weaponry, both conventional and nuclear. 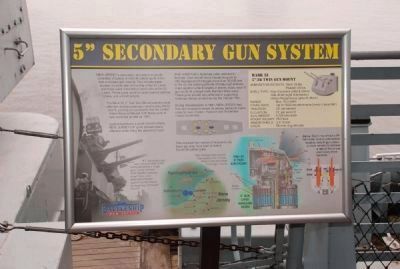 Photographed By R. C.
7. History and operation of 5" secondary guns
Note that Iowa Class battleships, including the New Jersey were armed with the Mark 28 version of the 5-inch gun, not the Mark 32 implied here on this display. Mark 32 5-inch guns were used primarily on World War II era heavy cruisers and aircraft carriers. However, the information provided relates to the Navy's 5-inch/38-caliber guns in general, not just the Mark 32. 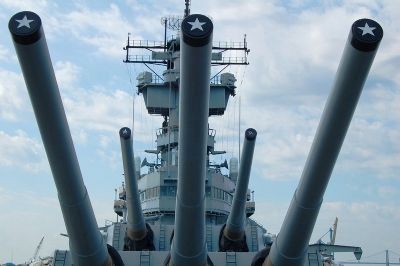