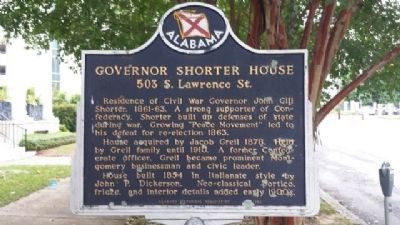 Residence of Civil War Governor John Gill Shorter, 1861-63. A strong supporter of Confederacy, Shorter built up defenses of state during war. Growing "Peace Movement" led to his defeat for re-election 1863.

Topics. This historical marker is listed in these topic lists: Government & Politics • War, US Civil. A significant historical year for this entry is 1863.

Other nearby markers. At least 8 other markers are within walking distance of this marker. Major Lemuel Purnell Montgomery (about 400 feet 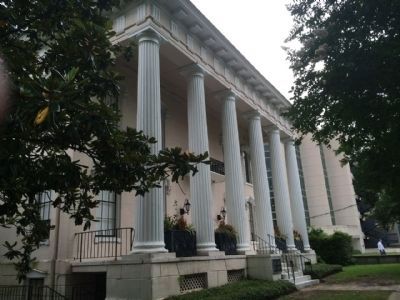 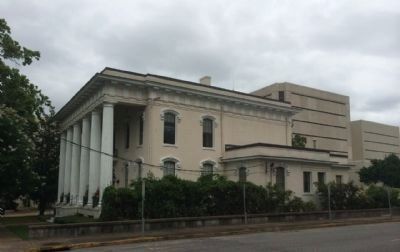 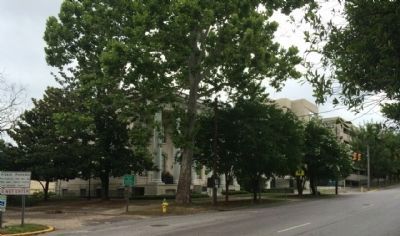