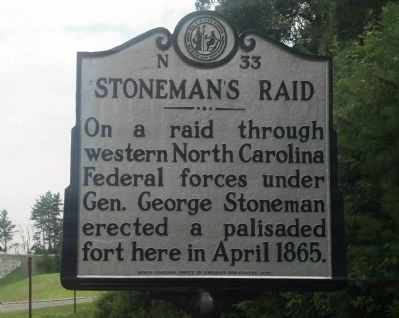 Topics and series. This historical marker is listed in these topic lists: Forts and Castles • War, US Civil. In addition, it is included in the North Carolina Division of Archives and History series list. A significant historical month for this entry is April 1865.

Other nearby markers. At least 8 other markers are within 11 miles of this marker, measured as the crow flies. E. B. Jeffress Park (approx. 2.6 miles away); Mt. Jefferson (approx. 6.6 miles away); Tom Dula (approx. 7½ miles away); a different marker also named Stoneman's Raid (approx. 9.7 miles away); Appalachian State University 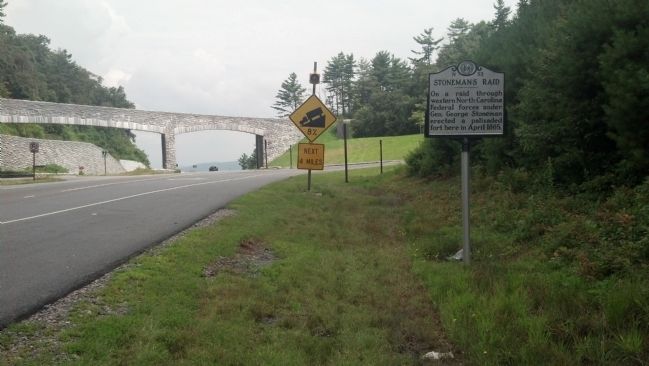 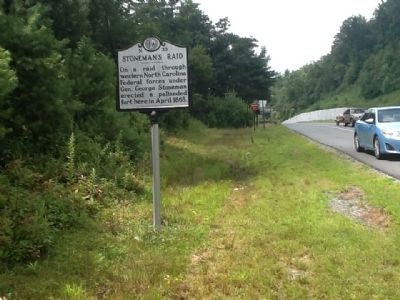 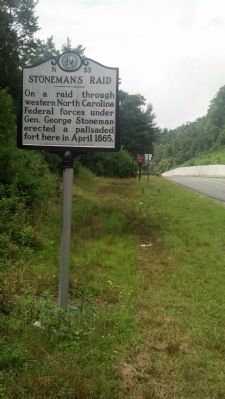