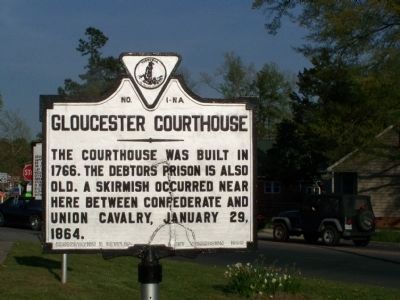 The courthouse was built in 1766. The debtors prison is also old. A skirmish occurred near here between Confederate and Union cavalry, January 29, 1864.

Topics. This historical marker is listed in these topic lists: Colonial Era • Notable Buildings • War, US Civil. A significant historical date for this entry is January 29, 1779. 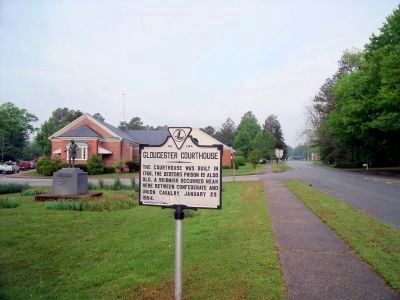 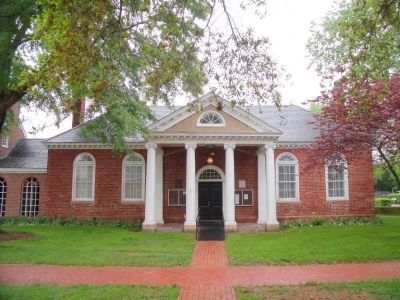 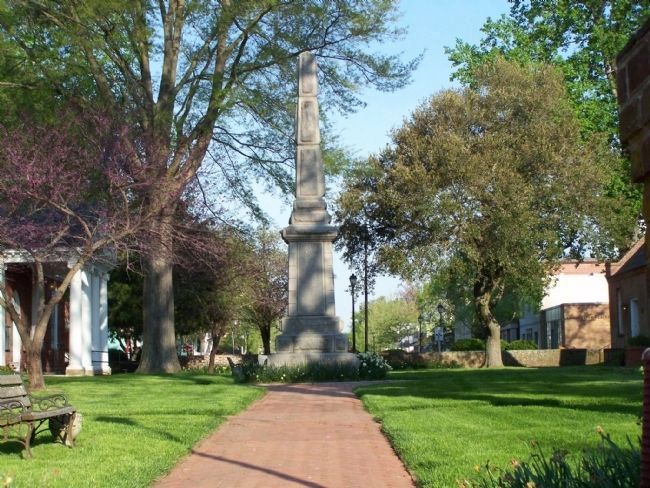