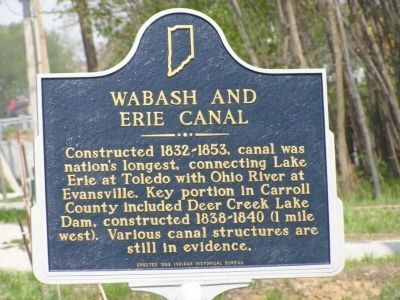 Topics and series. This historical marker is listed in these topic lists: Industry & Commerce • Waterways & Vessels. In addition, it is included in the Indiana Historical Bureau Markers, and the Wabash & Erie Canal series lists.

Location. 40° 35.012′ N, 86° 41.017′ W. Marker is in Delphi, Indiana, in Carroll County. Marker is on West Franklin Street. West Franklin Street is on the south side of Delphi. US 421 (IN 39, Monroe Street) is the main highway from the south to the northwest. The major intersection with IN 25 is very busy and you'll need to go west (northwest) at this corner. Franklin is the next street by the Pizza Hut (2008-which is set back to the south). 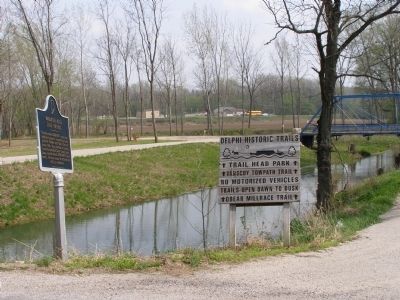 Click or scan to see
this page online
Turn south on Franklin. Touch for map. Marker is in this post office area: Delphi IN 46923, United States of America. Touch for directions.

Also see . . .  Delphi Wabash & Erie Canal. This organization has the greatest concentration and most of the known remains of the Wabash & Erie Canal in Indiana. (Submitted on May 2, 2008, by Christopher Light of Valparaiso, Indiana.) 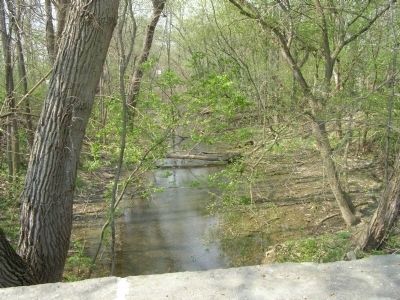 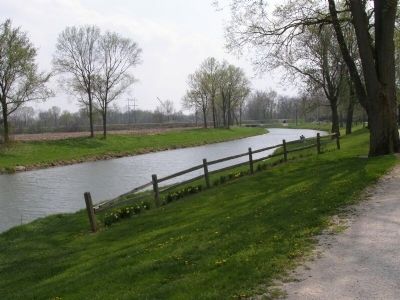 By David Light, April 25, 2008
4. Wabash & Erie Canal
The Canal Interpretive Center is located in Rhineland Trail (eastside of Delphi, off N Washington Street, which is the north side of the courthouse square). Here, there is more information on the canal and canal sites in the Delphi area. 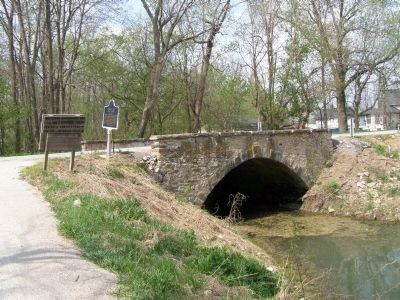