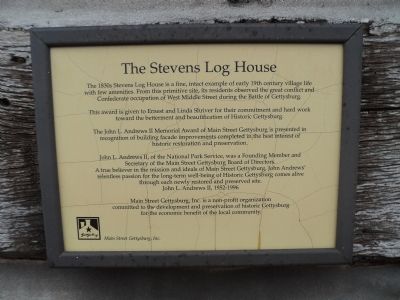 The 1830s Stevens Log House is a fine, intact example of early 19th century village life with few amenities. From this primitive site, its residents observed the great conflict and Confederate occupation of West Middle Street during the Battle of Gettysburg.

This award is given to Ernest and Linda Shriver for their commitment and hard work towards the betterment and beautification of Historic Gettysburg.

The John L. Andrews II Memorial Award of Main Street Gettysburg is presented in recognition of building façade improvements completed in the best interest of historic restoration and preservation.

Main Street Gettysburg, Inc. is a non-profit organization committed to the development and preservation of historic Gettysburg for the economic 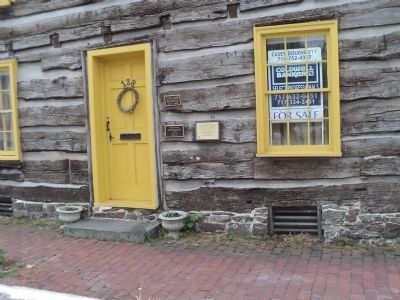 Click or scan to see
this page online
benefit of the local community.

Topics. This historical marker is listed in these topic lists: Architecture • War, US Civil. 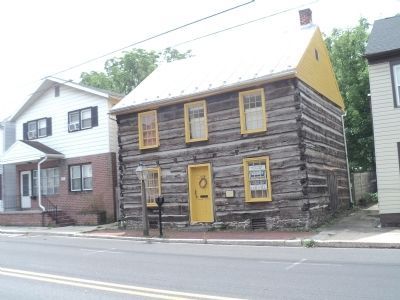 Photographed By Bill Coughlin, July 18, 2014
3. The Stevens Log House
All three markers can be seen to the right of the front door. 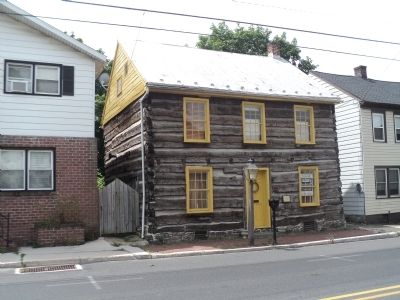 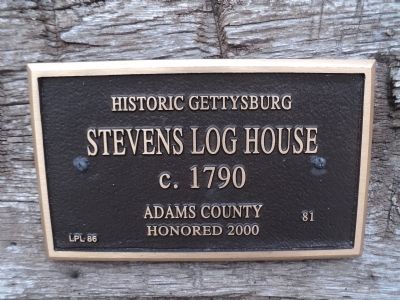 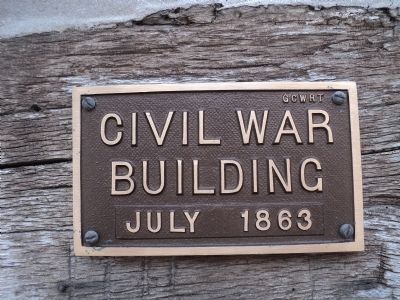