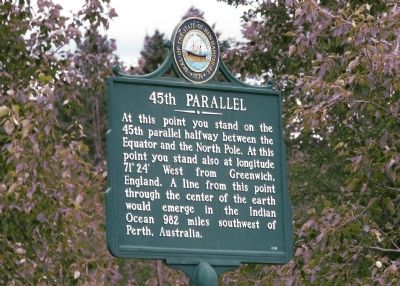 Photographed By Cosmos Mariner, July 11, 2008
1. 45th Parallel Marker
Inscription.
45th Parallel. . At this point you stand on the 45th parallel halfway between the Equator and the North Pole. At this point you stand also at longitude 71° 24' West from Greenwich, England. A line from this point through the center of the earth would emerge in the Indian Ocean 982 miles southwest of Perth, Australia. . This landmark was erected in 1998 by New Hampshire Division of Historical Resources. It is Near Clarksville in Coos County New Hampshire 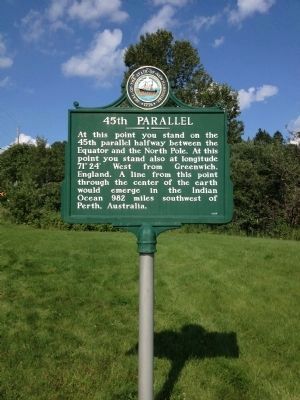 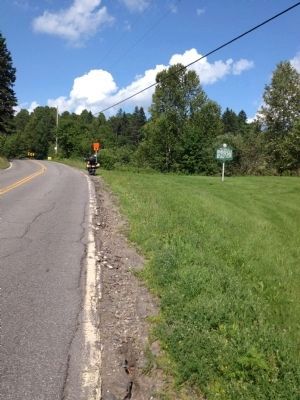