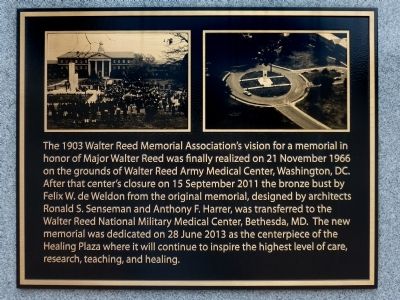 The 1903 Walter Reed Memorial Association's vision for a memorial in honor of Major Walter Reed was finally realized on 21 November 1966 on the ground of the Walter Reed Army Medical Center, Washington DC. After the center's closure on 15 September 2011 the bronze bust Felix W. de Weldon from the original memorial, designed by architects Ronald S. Senseman and Anthony F. Harrer, was transferred to the Walter Reed National Military Medical Center, Bethesda, MD. The new memorial was dedicated on 28 June 2013 as the centerpiece of the Healing Plaza where it will continue to inspire the highest level of care, research, teaching, and healing.

Topics. This historical marker and memorial is listed in these topic lists: Arts, Letters, Music • Science & Medicine. A significant historical date for this entry is June 28, 2013.

Location. 39° 0.196′ N, 77° 5.616′ W. Marker is in Bethesda, Maryland, in Montgomery County. Marker can be reached from Palmer Road, 0.2 miles east of Wood Road. Marker is in the Healing Plaza at the Walter Reed National Military Medical Center in Bethesda. Touch for map. Marker is at or near this postal address: 102 Wood Road, Bethesda MD 20814, United States of America. Touch for directions. 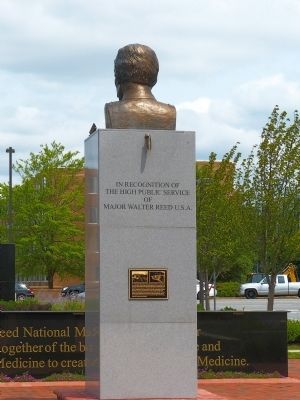 Click or scan to see
this page online
other markers are within walking distance of this marker. Walter Reed Monument (here, next to this marker); "All are Welcome to the Healing Plaza" (a few steps from this marker); National Naval Medical Center (about 600 feet away, measured in a direct line); National Naval Medical Center in the 1940’s (about 700 feet away); Old Spring House & Pool of Bethesda (approx. 0.2 miles away); The Centennial Anchor (approx. 0.4 miles away); The Louis Stokes Laboratories (approx. half a mile away); President Franklin D. Roosevelt dedicated the NIH Bethesda campus on this site, October 31, 1940 (approx. half a mile away). Touch for a list and map of all markers in Bethesda. 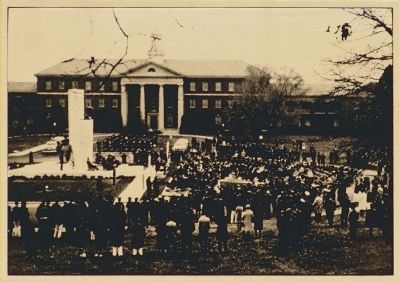 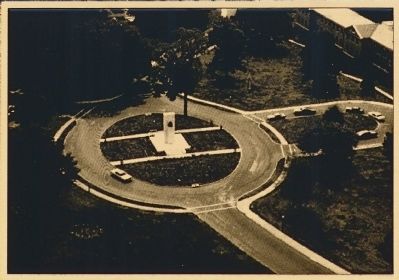 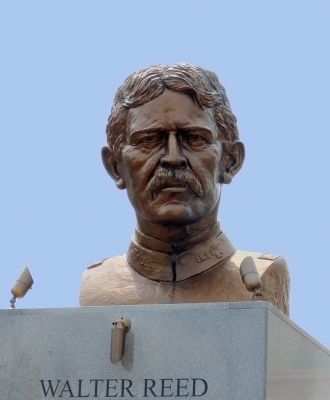 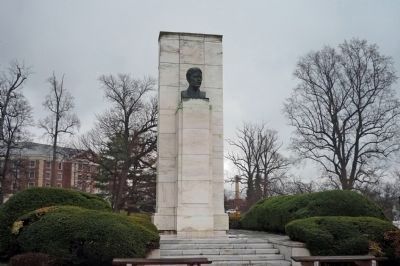