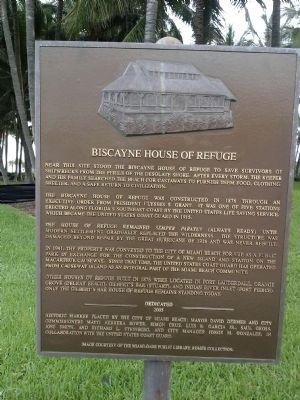 Near this site stood the Biscayne House of Refuge to save survivors of shipwrecks from the perils of the desolate shore. After every storm, the keeper and his family searched the beach for castaways to furnish them food, clothing, shelter, and a safe return to civilization.

The Biscayne House of Refuge was constructed in 1876 through an executive order from President Ulysses S. Grant. It was one of five stations erected along Florida's southeast coast by the United States Life Saving Service, which became the United States Coast Guard in 1915.

The House of Refuge remained Semper Paratus (always ready) until modern settlement gradually replaced the wilderness. The structure was damaged beyond repair by the Great Hurricane of 1926 and was never rebuilt.

In 1941, the property was conveyed to the City of Miami Beach for use as a public park in exchange for the construction of a new island and station on the MacArthur Causeway. Since that time, the United States Coast Guard has operated from Causeway Island as an integral part of the Miami Beach community.

Other Houses of Refuge built in 1876 were 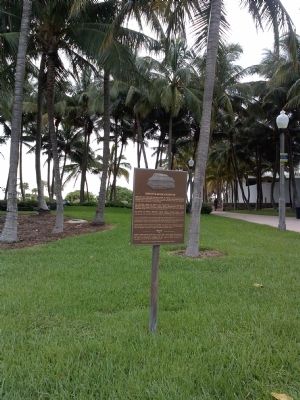 Erected 2005 by City of Miami Beach in collaboration with the United States Coast Guard.

Topics. This historical marker is listed in these topic lists: Disasters • Waterways & Vessels. A significant historical year for this entry is 1876. 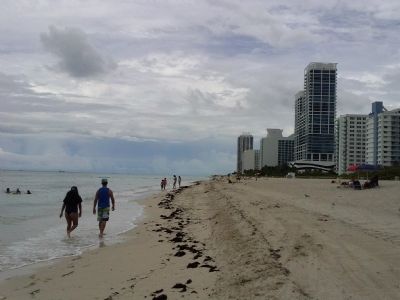 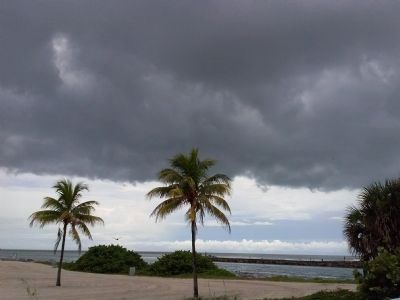