Site of the First Town of San Marcos 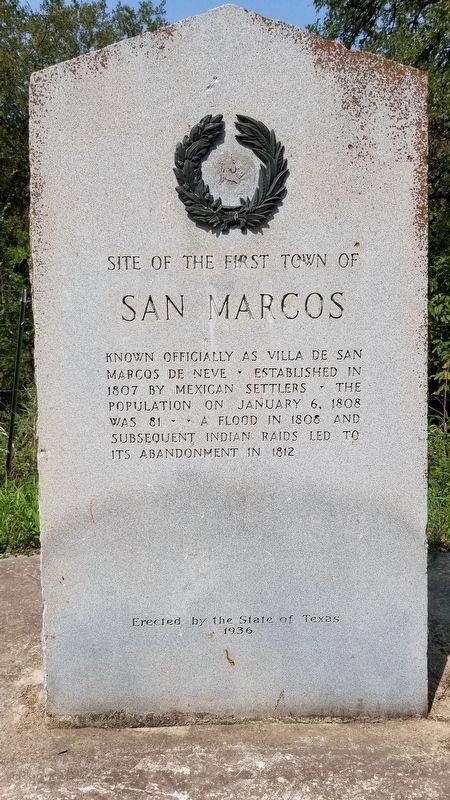 Known officially as Villa de San Marcos de Neve. Established in 1807 by Mexican settlers. The population on January 6, 1808 was 81. A flood in 1808 and subsequent Indian raids led to its abandonment in 1812

Topics and series. This historical marker is listed in these topic lists: Hispanic Americans • Native Americans • Settlements & Settlers. In addition, it is included in the El Camino Real de los Tejas National Historic Trail, and the Texas 1936 Centennial Markers and Monuments series lists. A significant historical month for this entry is January 1783.

Other nearby markers. At least 8 other markers are within 3 miles of this marker, measured as the crow flies. Lt. Zebulon M. Pike (a few steps from this marker); Charles Lewis McGehee Cabin 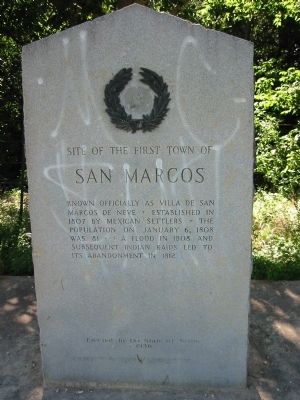 By Richard Denney
3. Site of the First Town of San Marcos Marker
Panoramic view of the marker and adjacent markers. Behind the markers is a drop off to the San Marcos River below.

By Richard Denney
4. Panorama, San Marcos River behind the marker, looking upstream SW
Photo from the bridge where the road crosses the San Marcos.

By Richard Denney
5. Panorama, San Marcos River looking downstream to the NE
Photo from the bridge where the road crosses the San Marcos. 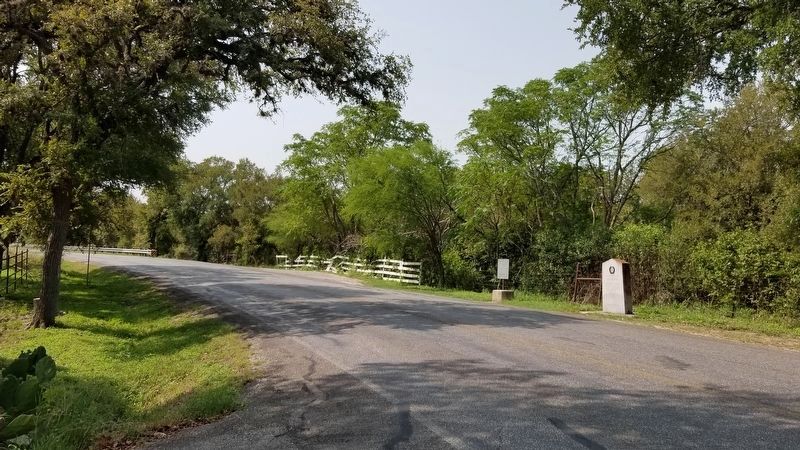