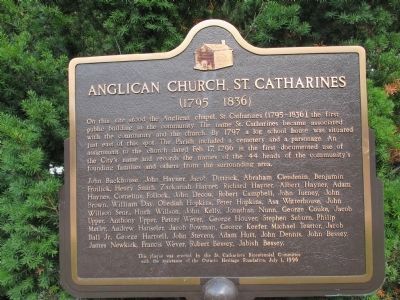 On this site stood the Anglican chapel, St. Catharines (1795 - 1836), the first public building in the community. The name St. Catharines became associated with the community and the church. By 1797 a log school house was situated just east of this spot. The Parish included a cemetery and a parsonage. An assignment to the church dated Feb. 17, 1796 is the first documented use of the City's name and records the names of the 44 heads of the community's founding families and others from the surrounding area. 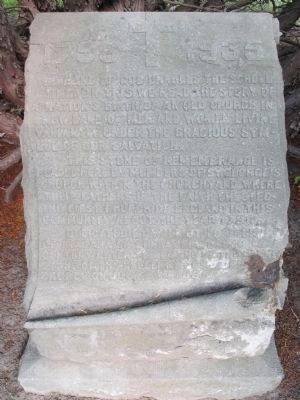 Photographed By Anton Schwarzmueller, July 27, 2014
2. St. George's Church Marker
This stone adjacent to the posted marker is set back between large bushes. The inscription reads as follows:

1796 + 1935
The hand of God unrolls the scroll [of] time. On this we read the story of a nation's birth, of an old church, a new land of men and women living valiantly under the gracious symbol of our salvation.

This stone of remembrance is placed whereby members of St. George's church within the churchyard where their fathers in the faith erected the first church of England in this community about the year 1796.

Click or scan to see
this page online
Jabish Bessey.

Topics. This historical marker is listed in these topic lists: Churches & Religion • Settlements & Settlers. A significant historical year for this entry is 1795. 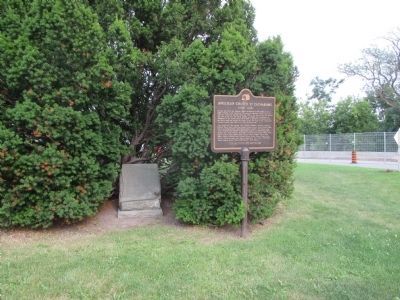 Photographed By Anton Schwarzmueller, July 27, 2014
3. Anglican Church, St. Catharines Marker
McGuire Street in background
(about 150 meters away); Ridley College (approx. 0.6 kilometers away). Touch for a list and map of all markers in St. Catharines. 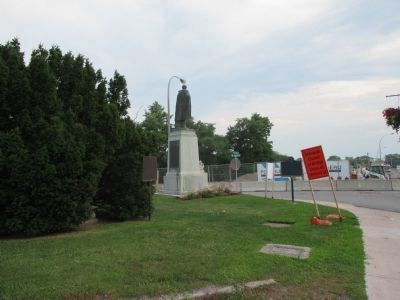 Photographed By Anton Schwarzmueller, July 27, 2014
4. Anglican Church, St. Catharines Marker
Southward view. The markers are at the left with the bushes. 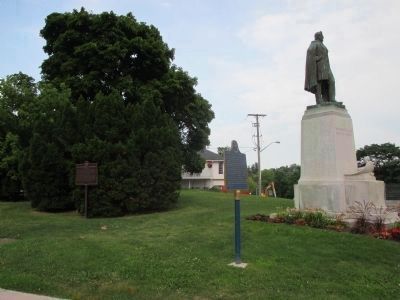