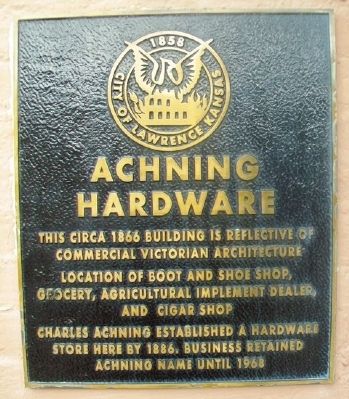 By William Fischer, Jr., August 2, 2014
1. Achning Hardware Marker
Inscription.
Achning Hardware. . . This circa 1866 building is reflective of commercial Victorian architecture . . Location of boot and shoe shop, grocery, agricultural implement dealer, and cigar shop . . Charles Achning established a hardware store here by 1886. Business retained Achning name until 1968. . This historical marker was erected by the City of Lawrence. It is in Lawrence in Douglas County Kansas

This circa 1866 building is reflective of commercial Victorian architecture 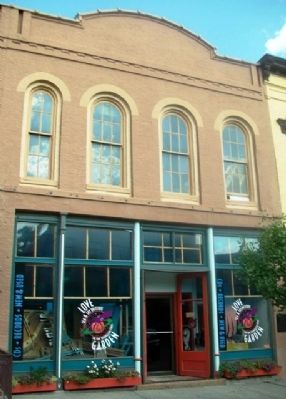 Regarding Achning Hardware. The building contributes to the National Register Historic District.