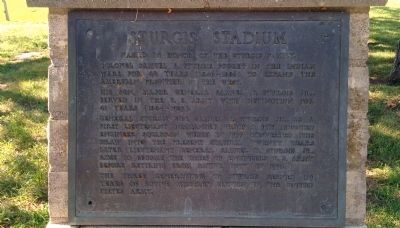 Named in honor of the Sturgis family.

Colonel Samuel D. Sturgis fought in the Indian Wars for 40 years (1846-1886) to expand the American Frontier in the west.

The three generations of Sturgis served 119 years of active military service in the United States Army.

Topics. This memorial is listed in these topic lists: Settlements & Settlers • Sports • Wars, US Indian. A significant historical year for this entry is 1933.

Location. 39° 4.032′ N, 96° 46.934′ W. Marker is in Fort Riley, Kansas, in Geary County. Memorial is at the intersection of Godfrey Avenue and Morris Avenue on Godfrey Avenue. This marker is located 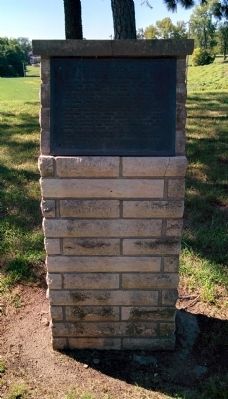 Click or scan to see
this page online
just east of the stone stairs and the black and yellow "STURGIS STADIUM" sign. Touch for map. Marker is in this post office area: Fort Riley KS 66442, United States of America. Touch for directions. 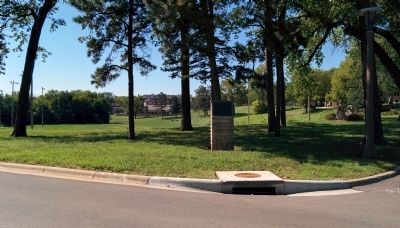 Photographed By Scott Nebeker, August 20, 2014
3. Sturgis Stadium Marker Far
View of the marker from the road. 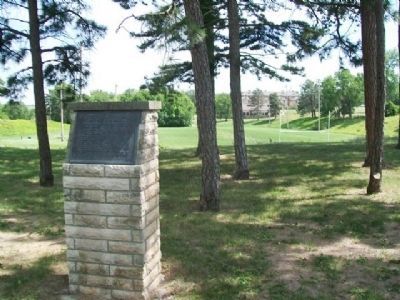 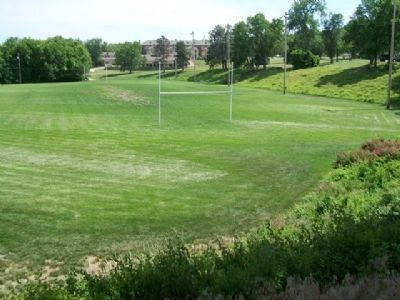 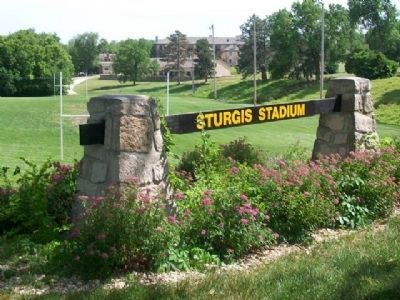