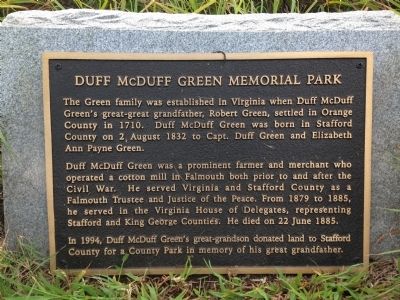 Duff McDuff Green was a prominent farmer and merchant who operated a cotton mill in Falmouth both prior to and after the Civil War. He served Virginia and Stafford County as a Falmouth Trustee and Justice of the Peace. From 1879 to 1885, he served in the Virginia House of Delegates, representing Stafford and King George Counties. He died on 22 June 1885.

In 1994, Duff McDuff Green's great-grandson donated land to Stafford County for a County Park in memory of his great grandfather.

Topics. This historical marker is listed in this topic list: Settlements & Settlers. A significant historical date for this entry is June 22, 1885. 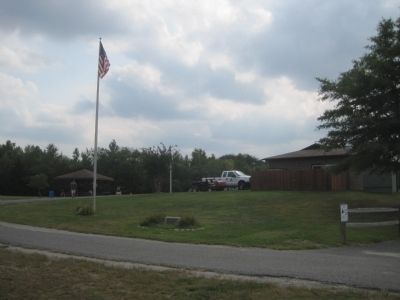 Click or scan to see
this page online
the park's main parking lot. Touch for map. Marker is at or near this postal address: 75 James Ashby Parkway, Fredericksburg VA 22405, United States of America. Touch for directions. 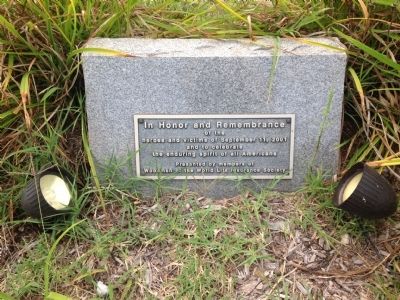